Bad News For Nairobi As Aljazeera Walks Out 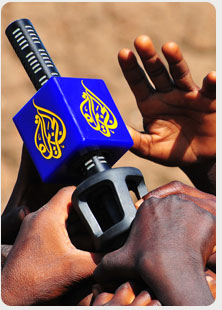 Reports by Business Week Magazine indicate that Aljazeera has dropped plans to launch its Swahili news channel. For several months now, the media company had been reported to be in the process of setting up base in Nairobi for what would have seen the birth of Aljazeera Swahili. The Nairobi base would have been home to the corporate office, studio, news rooms and broadcast centre. Already, rumours of massive recruitment were rife.

However, it was recently reported that the company decided to move the location of the yet to be launched station from Nairobi to Doha, Qatar, where its international headquarters is located. Apparently, the Westlands building where it was supposed set base, was not structured to the required standards to sustain the weight of equipment the company had planned on installing.

Aljazeera is set to invest a lot of money in football broadcast rights from the money saved. So far, the station has sent over Sh 40 billion in acquiring soccer rights in France. It is expected that it will soon bid for English Premier League and Bundesliga broadcast rights.
© nairobiwire.com

BBC Names Nairobi Traffic Jams As Worst In The World < Previous
"Ghetto Radio’s Mbusi’s Hobby Is Smoking Weed And Farting " Rapcha Next >
Recommended stories you may like:

Choosing the Right Computer Franchise for You