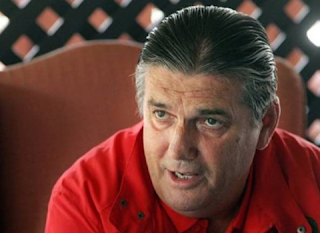 It is now emerging that new Harambee Stars coach Henri Michel, will be taking home one of the biggest salary by an African coach. According to reports by a weekly newspaper, citizen, the Frenchman is set to take home a monthly salary of Sh 8 million. This will sure put him on the list of Africa’s highest paid national team coaches.
Henri Michel was unveiled last week at an evening ceremony in Nairobi’s Intercontinental Hotel. Like other world class coaches, he brought along his own staff. Michel was chosen from an initial list of 60 applicants, which was later trimmed to 10 and then to 8.
This time round, the government is said to be ready to spare nothing to ensure Michel and his team and in extension Harambee Stars succeed. The coach will be given a free hand in all his decisions, in a bid to avoid occurrences that made him quit coaching Equatorial Guinea last year. He gave interference, especially in player selection as the main reason he resigned.
Henri Michel was handed a 13 month renewable contract, which means he will earn over Sh 100 million in that period. That figure makes easily makes him one of Africa’s highest paid national team coaches. Morocco’s coach tops the list, earning an estimated Sh 25 million every month, amid complains from the public. Michel is however set to earn more than several coaches from countries with a much higher FIFA rank than Kenya. Ghana, Egypt and Nigeria are some of this countries.
The following list shows what the national team coach of select African countries take home every month.
Morocco – Sh 25 million
Kenya – Sh 8 million
South Africa – Sh 5 million
Egypt – Sh 3.5 million
Nigeria – Sh 2.7 million
Uganda – Sh 1.8 million
Ghana – Sh 1.8 million
Zambia – Sh 1.4 million
Ethiopia – Sh 1.2 million
Zimbabwe – Sh 0.9 million
© nairobiwire.com
Ruto’s Sh 100,000 a Plate Dinner Raises Sh 41 Million < Previous
Rongai MP Abandons Countrymen And Comes To Kenya Next >
Recommended stories you may like: