Prezzo To Earn Sh 120 Million As One Ambassador 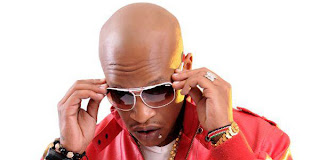 Kenya’s Big Brother finalist Prezzo, is emerging as the biggest winner of the reality show. Despite losing out on the Sh 24 million to South Africa’s Keagan, Prezzo will be smiling to the bank very soon.
“To me the one campaign is bigger than the Sh 24 million which I missed narrowly. Prezzo told pulse magazine
“We are talking about rubbing shoulders with world and business leaders and showbiz icons in an international movement backed by three million members. My passion to advocate and campaign against extreme poverty and preventable diseases particularly in Africa becomes my new central focus.”
By virtue of being appointed ‘One Ambassador’, Pulse magazine reports that Prezzo is entitled to one of the biggest salaries you have not seen yet. His monthly salary is set to be bigger than our politicians’ and in that case, the President’s, Vice president’s and Prime minister’s combined. Furthermore, KRA will not be coming after him, because the package is tax free.
Prezzo will also be entitled to 2 security guards and 2 diplomatic passports. With that kind of money, Prezzo can now shelve the idea of joining politics.
We really hope that Pulse is not cooking figures on this one. Here is a break down of what Prezzo will be taking home.
Basic Salary – $40,000 (Sh 3.32 million)
House Allowance – $5400 (Sh 448,000)
Transport Allowance – $6600  (Sh 547,000)
Entertainment  – $5000  (Sh 415,000)
Medical Cover – $10,000 (Sh 830,000)
Net Pay $60,000  (Sh4.98 m) per month tax free
Two diplomatic passport and two security guards
Total 10,540,800 per month , 126.49 million per year.
© nairobiwire.com
King Rudisha Wins Gold And Sets New World Record < Previous
Truth Newspaper Owner Gor Semelang’o Involved In An Accident Next >
Recommended stories you may like: