Judge Ian: With 12 Songwriters At Her Disposal, Ruth Has No Reason To Fail

Judge Ian On The Bench. 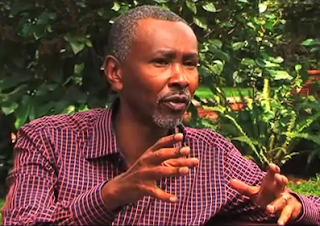 Tusker Project Fame no nonsense judge, Ian Mbugua, was Jeff Koinange’s guest on his bench this Friday. Ian gave his views on the just concluded TPF 5 and congratulated Ruth for winning it. The judge was taken to task as to why the show has not produced any big star 5 years later. Quoting a newspaper report, Jeff told Ian that all seasons of TPF had cumulatively cost at least Sh 2 billion but still no ‘Wainaina’ had been born. He asked whether EABL had failed.
Ian on his part put the blame solely on the artists themselves. He said that after all those weeks in the academy, plus a free recording contract, you can only blame yourself for failing. To prove that EABL is not to blame, Ian said, “Its like saying UON teaches nuclear physicists but we have no nuclear plant in Kenya, does it mean UON fails?”
This comes right after TPF winner, Alpha wrote a lengthy open letter accusing the beer company of neglect and a restrictive contract.
He however said that with the coming of Universal, the winning artiste should expect the best. He said that the music company spares nothing to ensure the quality of the song is top. Up to 12 songwriters are involved in writing one song and the artiste’s job is just performing.
Ian lamented his disappointment in good christian singers who refuse to go for auditions because the show is sponsored by a beer company. He said that he is a member of a church choir and that has never changed because he judges a secular show.
His message to anyone willing to audition for Tusker Project Fame season 6, start your preparations now and choose the right song. He said that most people who go for auditions either have no talent or have the wrong song.
Jeff inquired whether the judge has ever dismissed anyone on first sight but was proved wrong later. Giving the example of ‘British Got Talent’ contestant, Susan Boyle, Ian said that he has in deed been surprised by sheepish looking people immediately they opened their mouths. However, Unlike Susan, the elderly who have auditioned for Ian’s show have not been good.
After enough pestering by Jeff, Ian commented on our politics. He urged Kenyans to choose leaders who have performed in their current positions. He added that we should not vote leaders because they come from our village or neighbourhood. He gave the example of Obama who Kenyans celebrated as one of their own, but 4 years down the line a pauper is still a pauper.
© nairobiwire.com
Mike Sonko Makes Acting Debut In Jaguar’s New Video < Previous
Prezzo Number 2 As Keagan Wins Big Brother Star Game Next >
Recommended stories you may like: