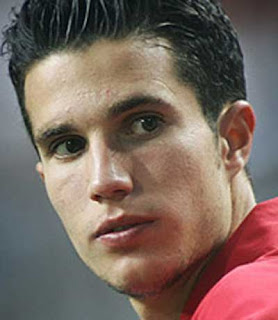 After days of speculation, Arsenal has finally agreed to sell Van Persie to Manchester United for a reported £23 million. Arsenal confirmed on their official website that indeed a deal had been struck and the player would be headed to Manchester on Thursday for a medical and finalizing of personal terms.
Arsenal manager tried unsuccessfully to convince his star player not to leave but Van Persie was adamant he wanted to win trophies and Arsenal was not the place. Last month, the player refused to extend his contract which meant he only had one more year at Emirates after which Arsenal risked losing him to the free market.
Announcing the new development, Arsenal’s statement read,
“Arsenal Football Club can confirm that terms have been agreed for the transfer of Robin van Persie to Manchester United.
Van Persie will travel to Manchester on Thursday in order to agree personal terms and complete a medical ahead of the proposed move.”
On their official site, Manchester United said, “Manchester United is pleased to announce it has reached agreement with Arsenal Football Club for the transfer of Robin Van Persie.”
The club however added that the deal was subject to a medical and agreement on personal terms.
© nairobiwire.com
Why Kenya Is Not Moving Foward. Leaked Conversation Between Kibaki And Raila < Previous
Mariga Can Now Get His ‘MARIGA 17’ Number Plate Upon Paying Sh 100,000 Next >
Recommended stories you may like: