Moha Comes Back To Haunt Melly. 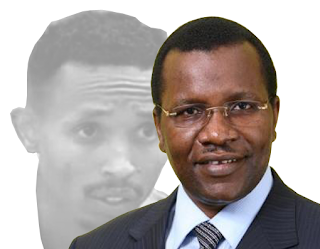 Standard Group CEO, Paul Melly was over the weekend relieved off duties. Melly has been the CEO at the Mombasa road company ever since its steady decline. Its TV station, KTN, has within the period of a few years lost its market share to Citizen and NTV, among others. This is despite its numerous re-branding. It has always been rumoured that Paul Melly was being watched closely by the board. However, over the years, he has been retained in anticipation that he would turn things around. This is despite the constantly reducing profit margins.

The board is however believed to have been pissed off by reports of the departure of Mohammed Ali to NTV. Ali’s investigative series brought KTN a large number of viewers, but for some reason, the station did not retain them. This has been the trend for many months. Immediately after Moha’s stories, KTN’s viewership would go back to its mediocre numbers. It is believed that Melly’s management style was the main reason. Several local productions (known for their large audience), are said to have passed through Melly’s table, before they went to Citizen and NTV. He was however not receptive to the ideas. The CEO was said to be the main reason why KTN has few captivating programs.
As to how their best reporter left them, It is said that Mohammed Ali asked for a pay rise to match his risky career but Melly was not ready to add a single penny. Moha is believed to have asked for only sh 50,000 more but ‘KTN could not afford it’, so said Melly. Moha’s salary was about Sh 200,000 making him one of  KTN’s highest earners. This is however way below what Citizen TV’s Janet Mbugua earns, yet her job rarely breaks a sweat. Janet earns over Sh 800,000. So when KTN failed to afford it, and NTV gave him an offer, Moha left.
Former KTN reporter John Allan Namu is said to have left under similar circumstances.
Melly’s actions of recklessly losing his best talents to rivals, must have been the last punch on the board’s face and on Saturday, he was fired. The Media house is associated with former president Moi, and already some names close to him have been tipped to replace Paul Melly. Among them are Moi High School Kabarak principal, Henry Kiplagat, KWS Director, Julius Kipng’etich and former Consolidated Bank managing director, Kipng’etich arap Bett. The board is set to meet on Tuesday at a Nairobi hotel, to discuss the way forward.
© nairobiwire.com
Pastor Njoroge Victim of Mohammed Ali’s Instant Impact At NTV. < Previous
Apostle James Maina Ng’ang’a Marries A 27 year old.(PHOTO) Next >
Recommended stories you may like: