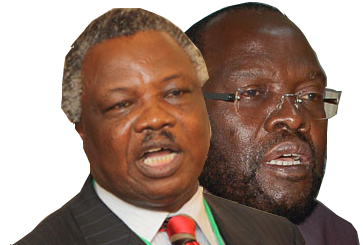 Medical services minister Anyang Nyong’o has written to COTU secretary general, Francis Atwoli, threatening to sue him for claiming he stole NHIF money. In a letter dated 5th July, the minister through his lawyers, Ransley, McVicker and Shaw Advocates, gave Atwoli three days to  submit a written apology with equally strong words as the ones he used to attack him.

Quoting the star newpaper issue of July 2, 2012, Atwoli is alleged to have said that Nyong’o should be arrested and prosecuted because workers money was lost under his watch. He added that its a shame that Nyong’o, who has many degrees has been unable to manage his ministry. The minister claims that by his statement, Atwoli insinuated that; he was a criminal, thief, unfit to hold office and an incompetent leader.
Here is the letter Nyong’o’s lawyers wrote to Atwoli (Credits: The jackal news)
If your browser does not display anything, try our desktop site.
© nairobiwire.com
The Day Kibaki Consulted Raila Behind Curtains For 30 Minutes. (MIGUNA"S BOOK) < Previous
Jicho Pevu’s Mohammed Ali Leaves KTN For NTV. Next >
Recommended stories you may like: