Is Mourihno ‘Seeing’ A Kenyan Girl? 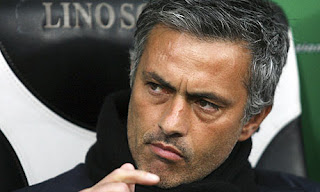 Real Madrid coach, Jose Mourinho was last in the country two years ago. He kept his visit to the Coast on the low as he had come for a vacation with his wife and two kids and was always under tight security.
Mourinho was staying at the luxurious Almanara. On one of his random visits, he met Lelesit Silvana, a beautiful young Kenyan girl in her early twenties. He ordered for a gold bracelet worth 500,000 and trusted her to ship it to him once he was in Poland.

On October 2010, he received his gift wrapped in a special box. He had left on July 10, 2010 from Diani Airstrip on a private plane to Wilson airport.

Trust mushroomed between the two. They have been keeping in touch through emails ever since. He gave her the moniker, ‘Special one’.  Now, she is set to visit Poland and the world on a trip that Mourinho has fully sponsored for her. Impeccable.
Lelesit has maintained that she is not romantically involved with him as she is in love with her half Kenyan-Somali boyfriend she has been dating for a long time.

Samantha Evicted From Tusker Project Fame. < Previous
Are Prezzo’s Days At BBA Coming To An End? A Look At How Africa Voted. Next >
Recommended stories you may like: