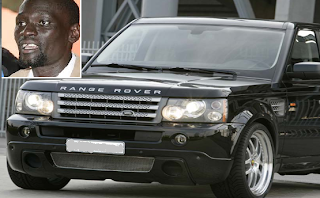 There has been a lot of hype about Mudavadi’s new grenade proof ride, but ‘messi’ is not the only one who has bought himself a big black machine, (his is white though). Barely two months since President Kibaki announced the discovery of oil in Turkana, , Turkana South Mp, Joseph Nanok has become the first ‘beneficiary’. Even before the oil money begins to flow, the legislator has acquired a black range rover sport, estimated to be over Sh 15 million. We can only guess what will happen when the oil money starts flowing.
Speaking of range rovers, Nation Media Group CEO, Linus Gitahi has been seen shopping for one. Gitahi who already had a range, was spotted buying another one at CMC.
© nairobiwire.com
Raila Odinga Likes This. (Facebook humour.) < Previous
Mystery Men Trapped Inside Sewer Tunnel Along Mama Ngina Street. Next >
Recommended stories you may like: