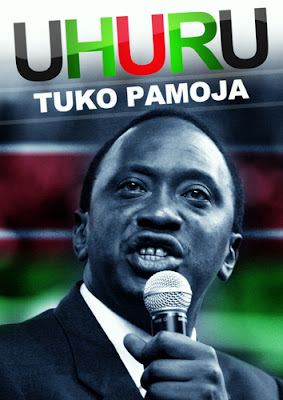 Deputy Prime Minister Uhuru Kenyatta yesterday met university student leaders as he moved to consolidate his support ahead of the launch of his new party next week. Mr Kenyatta met the 60 student leaders at Sagret Hotel in Nairobi for more than three hours where they pledged to support him in his presidential bid.
The DPM he was more interested in seeing a united Kenyan. He added that the youth must be in the forefront in uniting Kenyans to ensure that the country  prospers. Mr Kenyatta is expected to officially launch his presidential bid when he announces his new party on Saturday next week. Sources within his camp said  that the party would be known as The National Alliance and the aim was to project it as a “youthful party”. The planned launch of the party is reportedly being handled by an international public relations firm
© nation
Nonini Is Now A Dad. < Previous
Jicho Pevu’s Mohammed Ali Is Journalist of The Year. Next >
Recommended stories you may like: