He is the most talked about kikuyu artiste today and his new song, “Momo” has found itself in the popular street lexicon and attracting both love and hate in equal measure. Murimi wa Kahalf opens up to Mworia Muchina. 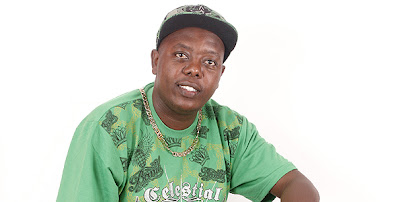 Where did the name Momo com from?
A friend of mine who is a truck driver gave me a lift from Mombasa, and when we reached Mtito Andei, I overheard their conversation where they referred to big women as ‘Momos’ and smaller ones as ‘Vitzs’ and ‘laptops’ and just like that, I decided to use it.
Many say it is an insult to plus sized women.
It is not. Some people out there have given the word another meaning. I was just referring to the big trucks. In fact, before the song became a hit, I had no idea I will need to look for a plus sized woman to feature on my video.
And how did you decide featuring a big woman on video?
After the song became a hit on radio stations, and people started to talk about it being about big women, then I had to look for a real big woman when shooting the video.
Was the search challenging?
Very much. At first I got many women who thought they were big but I kept telling myself there must be a real ‘Momo’ out there.
And how did you get her?
As the search was going on many women came but weren’t the size I was looking for, until one day a friend alerted me of this woman and when I saw her, I knew she was the kind of woman I wanted to feature in the video.
So she is real?
Yes she is.
And how did you get her to agree to be in the video?
She had heard about the song, so when I told her I was looking for a big woman to feature on the video, she was OK with it.
Did you pay her?
Yes I did. We also performed together during live shows as a band.
But rumours are that now you have even a bigger ‘Momo’? Is it true?
Yes. There was a time the first woman was busy, so I started looking for another one. One evening as I was on stage at a certain bar in Thika, I heard revelers screaming and when I looked up, I saw a plus, plus sized woman at the entrance. She approached me, asking me that she had heard I was looking for a woman her size and there she was, she joined us on stage and since then she is quite an attraction in our live performances.
What inspired Momo?
During that trip, the truck consumed fuel worth over Sh 50,000 half the trip. I try to relate how much a plus sized woman will consume from you just like a big tuck. It was all in jest.
What is the song really about?
It is about promiscuity and the cost of it. It advises men to keep off the “other woman”.
The name is now in common use, are you proud?
Yes I am. Every artiste is proud when fans appreciate his or her creativity. But some men corrupted the name to insult big women, which is bad. Some found themselves behind bars.
What about your name, Wa Kahalf?
Initially, when I started live performances as a one man guitar, I used to perform under the stage name Man Murimi, but I realized the name was confusing with that of another one man guitarist Mike Murimi. In 2008, when I released the song ‘Nduta Rooko’ ( Buy me a drink), I decided to change my stage name to Murimi wa Kahalf, a direct translation from my mum’s name, Wakanuthu.
CLICK HERE for part two of the interview.
© nation
Eliud Wabukala Gets Married. < Previous
Momo Interview part 2. Next >
Recommended stories you may like: