Keeping Up With The Kardashians. 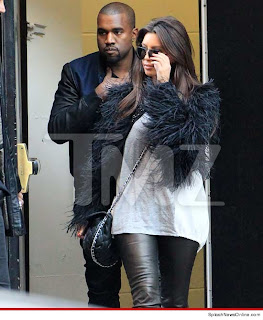 Kim Kardashian seems to have some charm that keeps on bringing men to her side. Even after a very messy marriage, men can’t seem to have enough of her. Reports have been flying that Kanye West has always had a thing for her and now TMZ thinks they have confirmed this. Some time back, the two were in the same fashion event in Paris. Claims were that Kim was interested in a Saudi prince were rubbished and replaced by those of Kardashian and Kanye. Kim is quite unpredictable as to where she strikes next and just a few weeks ago, she was rumoured to be hitting on basketball player Jeremy Lin. One of her ‘fans’ does not however like her antics and just recently washed her with flour while on the red carpet.

Kanye in a new lyrics confesses his love for Kim. He also tells Kim’s ex husband Kris Humphries how lucky he was not to be dropped from the New York Jersey team, which Kanye’s friend Jay Z co-owns. Here is the lyrics.

“And the whole industry want to f–k your old chick
Only n—- I got respect for is Wiz
And I admit I fell in love with Kim
Around the same time she fell in love with him
Well that’s cool baby girl, do your thing
Lucky I ain’t had Jay drop him from the team”

© nairobiwire.com
Madonna Begs Britney Spears To Kiss Her Again. < Previous
Balotelli Involved In Another Car Crash. Next >
Recommended stories you may like: