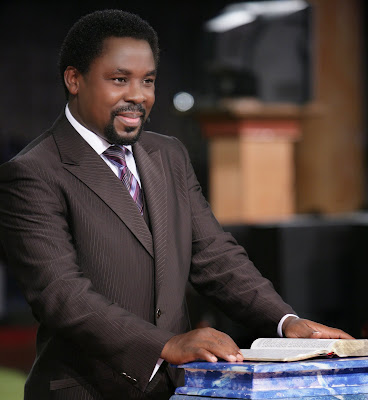 The death of Malawi president Bingu wa Mutharika has continued to cause shock waves throughout the continent, especially considering it was prophesied by one TB Joshua. Nairobi wire wrote a post dissecting this man TB Joshua, and also some of his past prophesies. Reading through that post, you will realize that his life is a mystery, in that some prophet before him, prophesied his existence.
One of the readers of nairobiwire.com, mailed the following post as it appeared on the Times newspaper in the UK. We thank Ihechukwu Njoku, Nigerian freelance journalist based in London , for availing the resource.
HOW PROPHET WITH DIRECT LINE TO GOD PREDICTED PRESIDENTS DEATH
Ruth Maclean, Malawi

When the President of Malawi died last week, the country rejoiced. Violently
crushing peaceful protests, throwing donors out of the country and lining up
his brother to succeed him, President Bingu wa Mutharika was beginning to
resemble Robert Mugabe of neighbouring Zimbabwe.

The President’s death last Thursday appeared to be a miraculous solution
to their problems. But perhaps they should have seen it coming.

On February 5, Prophet T.B. Joshua predicted, live on the hit Nigerian
Christian channel Emmanuel TV, that an African leader would die within 60
days.

“We should pray for one African head of state, what I say, president,
against the sickness that will take life,” he told a 15,000-strong
congregation and millions of viewers. He said that he was in negotiations
with God and that prayer might save the president. He did not say which one.

“I’m just being used by God Almighty,” Mr Joshua told The Times. “I
had to send the message … I cannot say more than that. I will not say
somebody will die. I’m not God.”

Many thought that Mugabe, who is 88 and constantly quashing rumours that he
is sick, was a safe bet. President Mutharika, although 78, seemed to have
considerable life in him. Enough, at least, to get rid of Joyce Banda, the
Vice-President, whom he threw out of his party when she refused to back his
attempts to line up his brother as his successor.

After Mr Mutharika’s heart attack, clandestine negotiations in the top
echelons of his party went on for two days and the Malawian people were not
told whether he was dead.

Ms Banda was finally sworn in on Saturday. She is a firm devotee of Mr
Joshua, whose latest prophecy is the bizarre crown on a number of
“miracles” performed to her benefit.

It is well known in Malawi that when he suffered a serious stroke she took
her husband to see the prophet and believes that Mr Joshua’s prayers cured
him.

“In Malawi, T.B. Joshua is a person that is dearly loved,” she said
before her latest prayers were answered. “I must say that I’m addicted,
because every Sunday … I sit all day watching Emmanuel TV.”

Mr Mutharika’s death came hot on the heels of Mr Joshua’s repetition of
his prophecy last Sunday, when he narrowed down the location of the
presidential demise, eliminating West Africa: “I’m seeing a sudden
death. This is as a result of sickness. Quote me. The Lord showed me the
country . . . this is not even in West Africa.”

Although he is often vague and never names his subject, Mr Joshua’s
purported predictions range from the deaths of Michael Jackson and Kim Jong
Il to the London riots last summer.

“You remember when I said your country will be burnt and crash, you never
listened!” he told The Times crossly. He does not rule out helping again,
however. “You want to know what is going to happen? I will make an
appointment with God.”