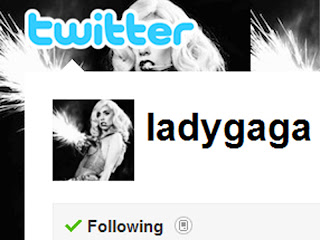 Justin Bieber is the second on the list with over 18 million followers, but Gaga should not feel threatened yet as her growth rate is higher than Bieber’s.

Lady Gaga has 48.8 million fans on Facebook and over 830,000 circles on Google+ . Those astronomical figures are probably what motivated her to launch her own social network, Little Monsters.

Yes! Andre Villas-Boas has been Sacked Now. < Previous
Bride Falls Along The Aisle And Displays ‘Goodies’ (video) Next >
Recommended stories you may like: