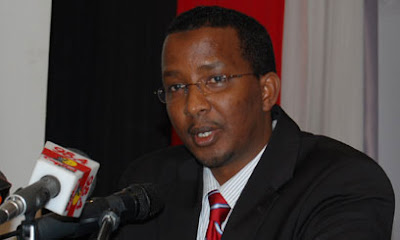 The date of the next elections has remained unknown. President Kibaki has given conflicting reports on the date of the new elections while Prime Minister Raila, is clearly for the December date. The IEBC has finally spoken and said that it will be announcing the election date today Saturday, 17/3/2012. This is expected to end speculation on when the elections will be held.

Even before the date is announced, and your television sets covered in breaking news, veteran blogger, Kumekucha, has already proclaimed that the elections will be held on 18th December 2012. The blogger claims that he has impeccable sources, who confirmed to him that IEBC will announce the December date today.  He also claims that parliament will be dissolved on October 18th 2012.

Update: IEBC announces elections will be held on 4th march 2013.

© nairobiwire.com
Kony 2012 Creator Arrested For Running Naked In Public. < Previous
Tottenham’s Match Abandoned After Muamba Collapses. Next >
Recommended stories you may like: