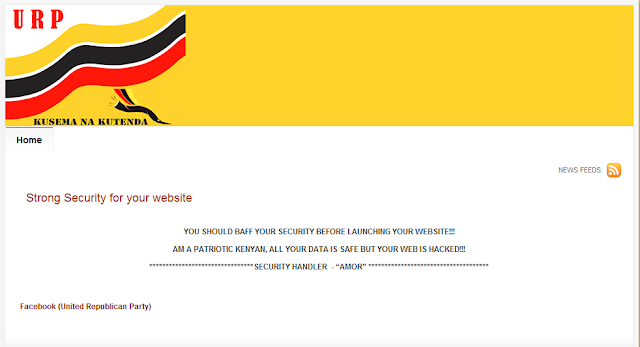 While William Ruto’s United Republican Party was launching its website, someone was bringing it down. The site that was launched today was hacked and message dissing its security posted. The website is quite ugly to say the least and as of this writing, almost all the links are not working right, despite the site having been restored. Perhaps enough time should have gone into making a presentable fully functional website, remember URP was launched just recently.
Above is the image of the hacked site.

Here Is Whitney Houston Lying Dead.(PHOTO) < Previous
Amazing Race Producer Found Dead In Uganda. Next >
Recommended stories you may like: