By Ken   /   Wednesday, 29 Feb 2012 05:05PM   /   Leave a Comment
The national broadcaster KBC has seen its employees down their tools. Hundreds of staff went on strike demanding various reforms in the station including the sacking of managing director Waithaka Waihenya. They presented a petition to several mp’s led by Bonny Khalwale. The communication department of KBC was however mostly working. All its station including radio stations programmed music all day long. The main bone of contention is over 360 million allegedly owed to staff by KBC. The workers have vowed to remain out of work until their demands are met while the administration continues to insist the strike is illegal. 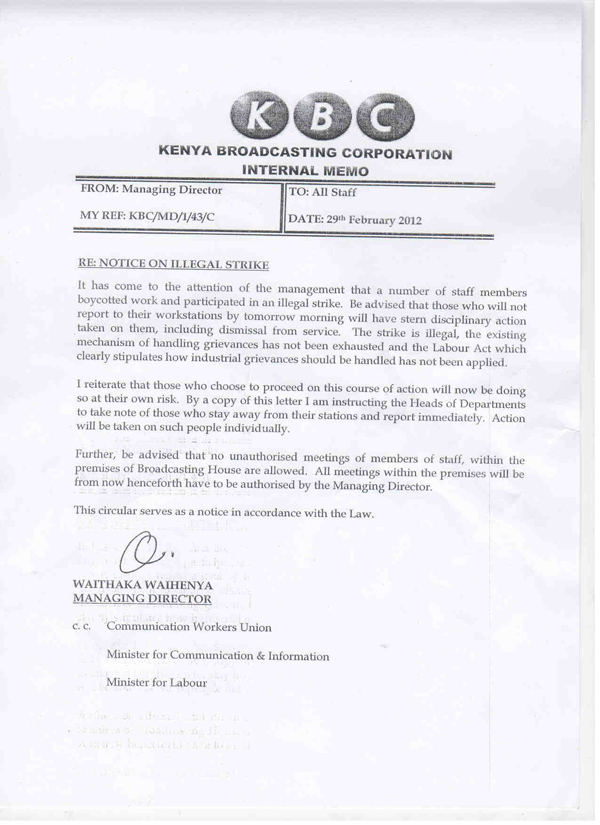 List Of Top Schools KCSE 2011. (released 2012) < Previous
Charlie Sheen’s "Anger Management" To Premiere This June. Next >
Recommended stories you may like: