3 Students Expelled For Trying To Poison Their Teacher 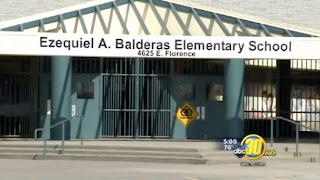 Three students, of ages between ten and eleven were expelled from Balderas elementary school in Fresno, California for attempting to poison their teacher. December last year , the three put rat poison in their teachers coffee but one of them developed cold feet and knocked it off just before the teacher began drinking it. Upon further inquiry, it was revealed that had the teacher gone ahead and drunk it, it would have been her last. Despite their actions, no criminal charges were pressed.