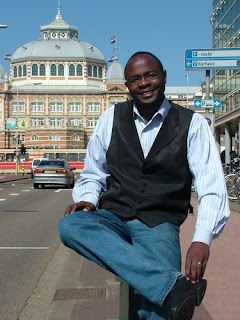 Citizen TV senior political editor, Alex Chamwada, is said to have landed a job to lead George Saitoti’s press team. Saitoti is preparing to run for the presidency and he need a seasoned person to run the team that will present him in good light to the media and to the public. Some time back, it was rumoured that Raila had hired former media personnel Louis Otieno to head his media team, but that was not confirmed.

If the reports are true, then Chamwada is expected to earn a good amount from the billionare former vice president, to supplement his day job at Royal Media, ( it is not known if he has quit). Chamwada has many years experience in the industry, landing major interviews with several heads of states and most notably ICC prosecutor, Moreno Ocampo. This type of experience is what any serious politician should go for and that explains the alleged hiring of Louis Otieno by Raila. Louis is another seasoned journalist.

UPDATE: Chamwada refutes the claims.
Alex Chamwada has refuted the claims that he is now working for Saitoti. The rumours were first posted by the star newspaper.

Pictures Of AU’s New Headquarters As Built By The Chinese < Previous
Safaricom New Blackberry Unlimited Plan. Surf Unlimited For Sh 20 Daily. Next >
Recommended stories you may like: