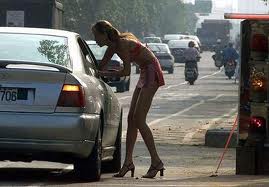 A Zimbabwean man was reportedly having marital problems when he decided to escape to a hotel room. Titus Ncube, a father of three, decided to have a quickie and called a prostitute hotline. Minutes later, his 20 year old daughter arrived. The girl quickly ran out crying, leaving his father who had by then collapsed.

After the incident, his daughter stopped doing what she was doing and though the marriage is still troubled, he is visiting a counselor together with his wife. “I am sorry for what I did,” Ncube said. “I spoke to my wife and daughter. I apologized for my actions as I just wanted my family back. His wife believes the children are the only reason she hasn’t divorced her husband.

Picture Of The Year < Previous
Police ‘Unlike’ Thief’s Photo On Facebook Next >
Recommended stories you may like: