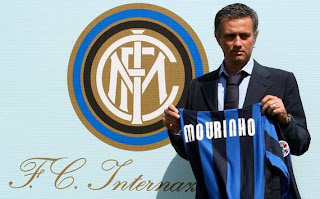 Inter CEO has acknowledged that the hardest part for any coach is to join a club right after Real Madrid coach Jose Mourinho. Ever since the Portuguese departed for Real madrid, Inter Milan has never been the same again. In a period of two years, four coaches have gone to nerazzuri and none has come close to matching Mourinho’s accomplishment. In 2009, Inter Milan won everything that was on offer including conquering Europe. Ernesto Paolillo the CEO, attributed Inter’s misgivings to the levels they achieved with Mourinho. “He is very great and he wins everything. So you cannot improve on his trophy overhaul, you can only maintain it and its very difficult,” he added. He however added that he has absolute faith in the current coach Ranieri.

Anzhi Makhachkala Can Sign Messi. < Previous
Jennifer Lopez opens Largest Mall In Africa Next >
Recommended stories you may like: