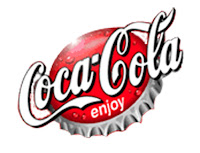 The secret recipe of Coca Cola, that has been under lock and key in a bank vault in Atlanta since1925, is finally in the open. The priceless list of ingredients was carefully moved to a new vault that is now on display at the World of Coca-Cola Museum in downtown Atlanta. Visitors will be able to see the vault and just that. The vault can only be opened by keypad and hand-imprint scanner. Technically speaking, the list is still secret.

The Coca Cola company really value the secrecy of the recipe especially the flavouring they call “secret 7X.” There has been more than one claims that the secret recipe had leaked. For instance, in 1979, The Atlanta-Journal Constitution published an unknown person’s hand-written recipe for Coca-Cola. This was widely believed to be authentic only that it was no longer in use wholesomely. The Coca Cola company has over the years altered the original formulation by the drink’s inventor, John Pemberton, but it is believed that the “secret 7X” has remained intact.

The New World’s Shortest Woman. < Previous
Mother Arrested For Tattooing Her Baby. Next >
Recommended stories you may like: