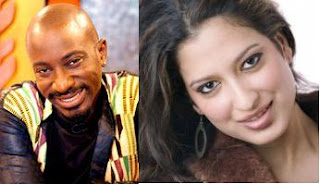 Sheila has been dropped and Mitch is not lucky either. The new hosts for Tusker Project Fame Season 5, dubbed All Stars, are non other than Eve De Souza and Gaetano Kagwa. Eve is a total newcomer while Gaetano has co hosted TPF with Sheila. The show will still air on Citizen starting on 26th June, running for eight weeks. It is yet to be seen if the two faces will deliver what they arguably did not on radio.

Flinstone In Kikuyu < Previous
Ruto Denys Affair With Emmy Kosgei As Churchill Mentions his Sexcapede story. Next >
Recommended stories you may like: