11 Things You Did Not Know About Lupita Nyong’o 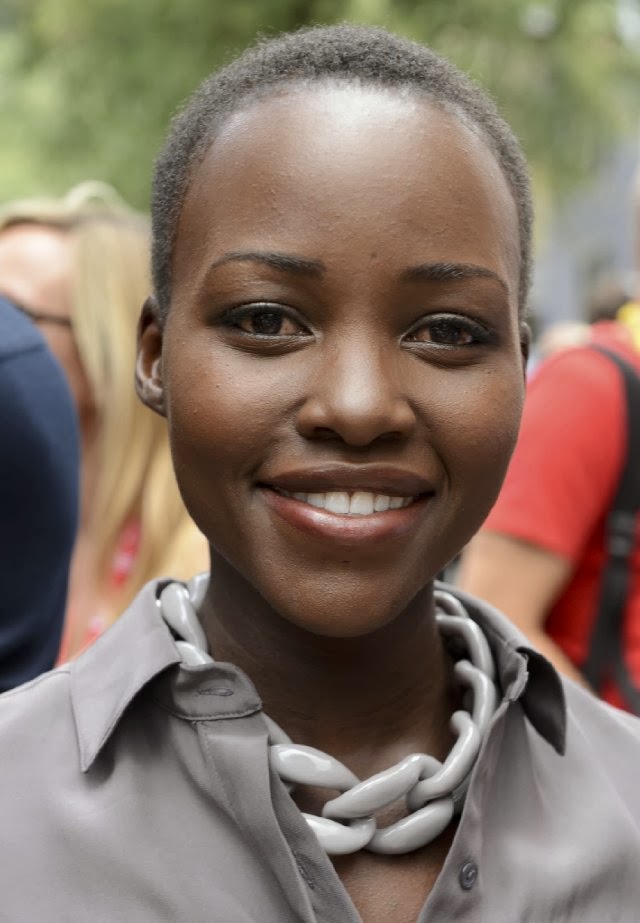 1. She’s Mexi-Kenyan. Nyong’o’s parents are Kenyan but her mother gave birth in Mexico. “It’s gotten me into a lot of trouble: Kenyans want to claim me and, now, Mexicans do, too,” Nyong’o tells us. We’re guessing she’ll hold the distinction of being the “first Mexi-Kenyan to be nominated for an Academy Award.” Nyong’o in 12 Years a Slave.

2. Why Lupita? “My parents gave me a Mexican name,” says Nyong’o. “In our culture we are named after the events of the day.” Her surname is uncommon even in Kenya: “We’re not sure what it means, my father believes it’s the staff that a shepherd carries … We’re the only Nyong’o family I know so if there’s someone with that name they’re probably related to me.”
3. She’s used to the spotlight. Her father, Peter Anyang’ Nyong’o, is a political leader in his native Kenya, and Lupita grew up in the public eye. While the University of Chicago Ph.D is now a member of the Kenyan parliament, her father’s past struggles for local democracy forced the family into political exile in Mexico and led to her father’s occasional disappearances.
4. She got her start in film on “The Constant Gardener.” While home in Africa for the holidays from Hampshire College, Nyong’o discovered that a film — “The Constant Gardener” with Ralph Fiennes and Rachel Weisz — was shooting in her neighborhood. Through a friend, she became a production assistant and remained on the crew for the rest of the shoot (about two months).
5. Ralph Fiennes offered stern career advice. At one point on “The Constant Gardener” shoot, Nyong’o buttonholed Fiennes: “When I told him that I wanted to be an actor, he sighed heavily and said, ‘Lupita, if there’s anything else you want to do in your life, do that. Only act if you can’t live without it.”
6. Steven Spielberg’s “The Color Purple” changed her life. That movie, which starred Whoopi Goldberg, Oprah Winfrey, and Danny Glover, opened a window on Nyong’o’s future as a movie actress: “When I was much younger, that was the first time it occurred to me that acting was a career that might be available to someone that looked like me,” Nyong’o says. “I grew up watching foreign programs – American, English, Mexican, and very little Kenyan. ‘The Color Purple’ was the first time I saw people who looked like me.”
7. Lupita, Oprah … And, now, it looks like both Nyong’o and Oprah are destined to meet each other in the race for Best Supporting Actress, a possibility that amazes Nyong’o. “It’s so insane how things unfold. Never in my wildest dreams did I think I would be mentioned in the same sentence. I haven’t met her but I will shortly.” Nyong’o continues, “Oprah taught me so much about the world watching her show growing up, and hopefully I can say thank you and get those words out [when I meet her].”
8. She’s one in a thousand. McQueen has compared the difficult casting of Patsey, which included auditioning 1,000 candidates, to the search for Scarlett O’Hara in “Gone With the Wind.” Nyong’o was blissfully unaware of this: The “12 Years a Slave” screenplay was the first script Nyong’o received when she was about to graduate the Yale School of Drama, relocate to Brooklyn, and launch her career. “At the time I was just trying to get practice in this whole auditioning thing,” she said. “I was in rehearsal mode. You receive a script and you handle the audition as if you’ve booked the role and use the audition as a rehearsal. I was totally unaware of who was auditioning. When you realize what the competition is, it can be crippling.”
9. How she survived the movie’s brutal whipping and rape scenes. Patsey is brutalized repeatedly over the movie’s course but Nyong’o drew strength from those around her: “The mood on set, the feeling as though everyone was holding hands around me, every single person, actors, crew, background, everyone’s energy was circling around me. That holds you up, that ring of support.”
10. Nyong’o’s secret ritual with co-star Fassbender. The scenes between Fassbender and Nyong’o, master and slave, rapist and victim, are especially intense — but the actors found a way to cope: “Michael and I developed an unspoken ritual of getting in and out of these scenes. We had a moment, a look in the eye and maybe a squeeze of the hand, and we went into the scene together. And when it was over we had a moment to embrace. We really did act from love and respect for each other and the material.”
11. A view from the top. Up next for Nyong’o? A thriller set on an international flight with Liam Neeson and Julianne Moore that opens on Feb. 28. The movie’s title could also describe the actress’s future in Hollywood: “Non-Stop.”
– Courtesy
Loading...
Nairobi’s Chester House To Be Converted Into A Hotel < Previous
Mututho Rejected By Parliament Before He Could Fix The NACADA Website Next >
Recommended stories you may like: