PHOTOS of The Fallen Billboard Along Waiyaki Way

By Ken   /   Tuesday, 29 Oct 2013 06:29AM   /   Leave a Comment
Traffic along Waiyaki way was this morning paralysed after an advertisement gantry fell right in the middle of the road, blocking both lanes.
Motorists, most of whom were reporting for work, have had to spend hours on the road, as the redirection was not exactly very effective.

A close look at the metal work, from photos posted online, suggest that this may be some form of vandalism.
Here are some photos. 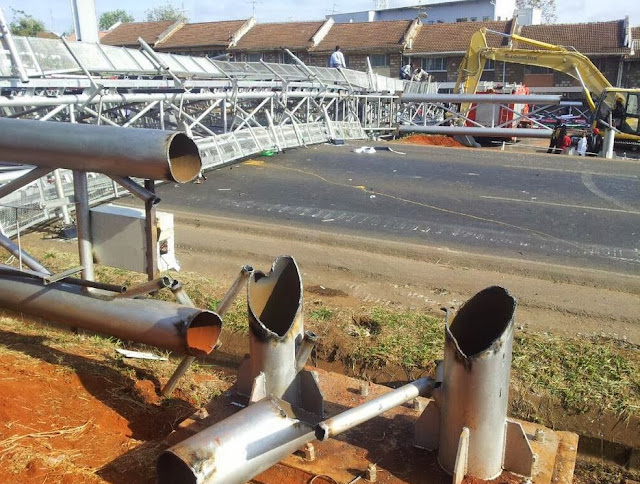 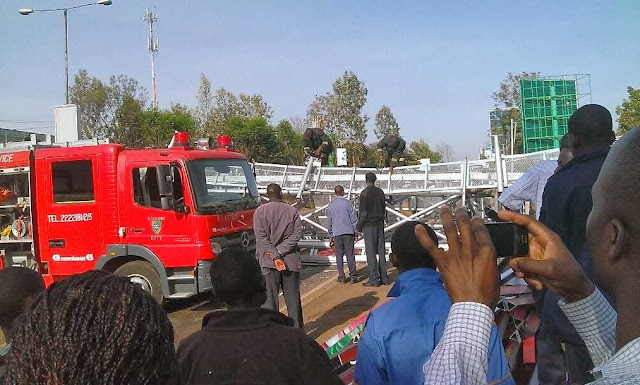 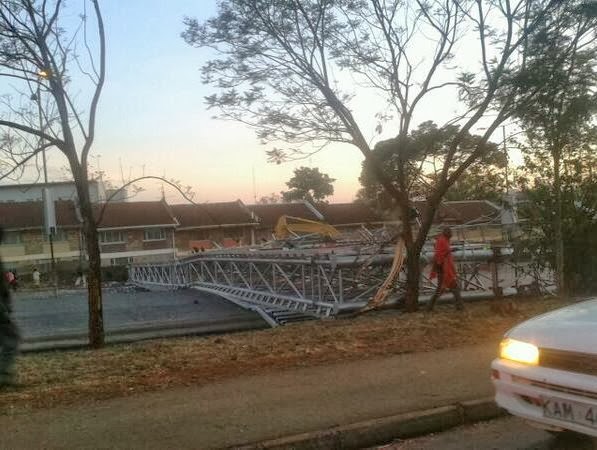 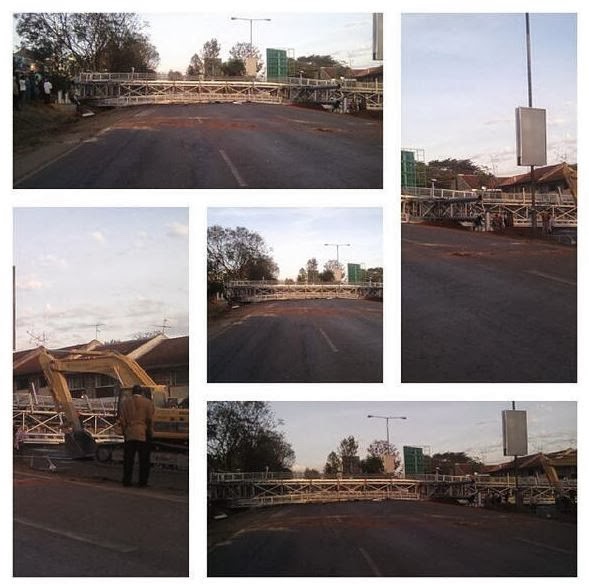 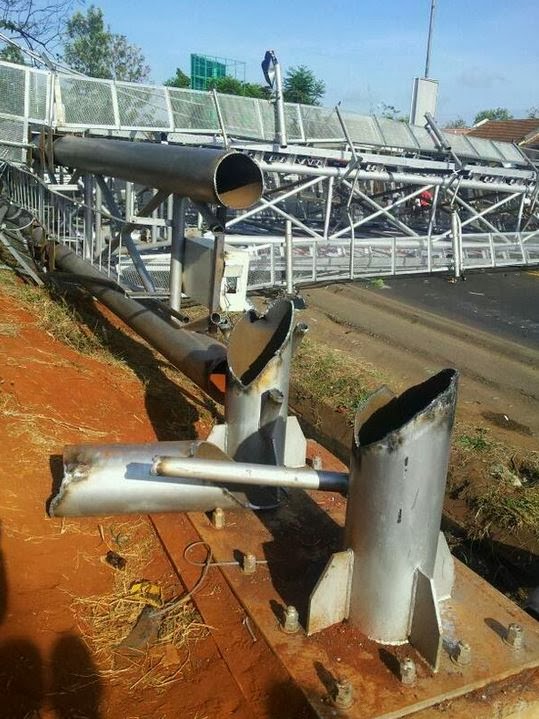 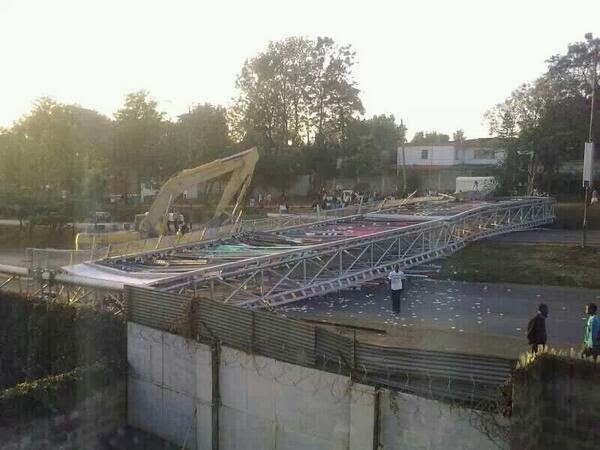 The Kenya National Highways Authority (KeNHA) would like to take this opportunity to apologize to all motorists and road users, who have been affected by the process of removing an unauthorized billboard structure constructed on its road reserve along Waiyaki Way.

KeNHA had envisaged that the removal of the unauthorized structure would be completed before dawn and had alerted the traffic police department to help control traffic, but the operation stretched beyond the anticipated time-frame.

This was attributed to extremely heavy metal gauge of the structure, than had been anticipated. KeNHA was acting in good faith in trying to protect public property, a function which is within its mandate.

We have since reinforced our ground team in trying to clear the site urgently, and traffic flow should be back to normal within an hour.