DESMOND TUTU: President Uhuru Is Seeking a License To Kill 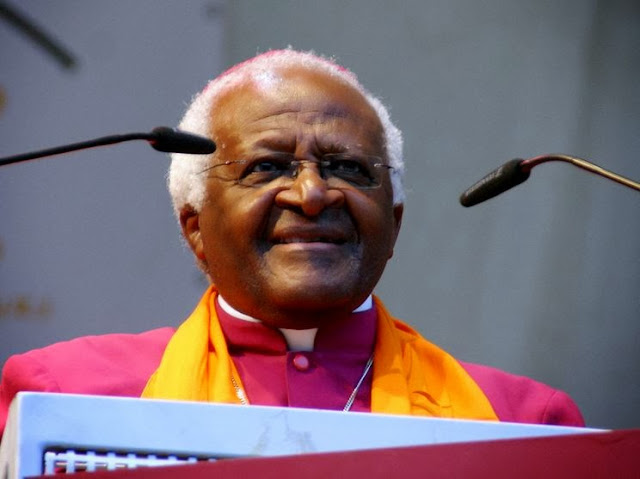 CAPE TOWN — MEMBERS of the African Union will meet in Addis Ababa, Ethiopia, today to discuss recent calls by some African leaders to withdraw from the International Criminal Court. These calls must be resisted. The continent has suffered the consequences of unaccountable governance for too long to disown the protections offered by the I.C.C.
Those leaders seeking to skirt the court are effectively looking for a license to kill, maim and oppress their own people without consequence. They believe the interests of the people should not stand in the way of their ambitions of wealth and power; that being held to account by the I.C.C. interferes with their ability to achieve these ambitions; and that those who get in their way the victims: their own people — should remain faceless and voiceless.
Most of all, they believe that neither the golden rule, nor the rule of law, applies to them.
But they know that they cannot say these things in public without repercussions. Instead, they conveniently accuse the I.C.C. of racism.
At first glance, the claim might seem plausible. The I.C.C., founded in 2002 and based in The Hague, has so far considered only cases against Africans. But this is partly because independent tribunals that were established to handle cases concerning the former Yugoslavia, Cambodia and other countries have naturally led to a reduction in the scope of the court’s activities.
So far, 32 people have been publicly indicted by the court, with only one conviction, of Thomas Lubanga, for war crimes in the Democratic Republic of Congo. But many of the investigations were not initiated by the court or a foreign body; they were referred to the court by African governments themselves. The judges and investigators were invited in.
So the African focus of the court should not be seen as an indictment of its neutrality but of the quality of leadership and democracy in many African countries. When thousands of people are murdered and displaced in any country, as in Sudan, for instance, ideally the country’s own system of justice will redress the wrongs. That is not in dispute. But when that country is unwilling or unable to restore justice, as is the case in many African countries, who should represent the interests of the victims? Critics of the I.C.C. say, “Nobody.” They simply vilify the institution as racist and unjust, as Hermann Göring and his fellow Nazi defendants vilified the Nuremberg tribunals following World War II.
While some African leaders play both the race and colonial cards, the facts are clear. Far from being a so-called white man’s witch hunt, the I.C.C. could not be more African if it tried. More than 20 African countries helped to found the I.C.C. Of the 108 nations that initially joined the I.C.C., 30 are in Africa. Five of the court’s 18 judges are African, as is its vice president, Sanji Mmasenono Monageng of Botswana. The court’s chief prosecutor, Fatou Bensouda, who has huge power over which cases are brought forward, is from Gambia. The I.C.C. is very clearly an African court.
Leaving the I.C.C. would be a tragedy for Africa, as leaders like the former United Nations secretary general Kofi Annan, of Ghana, have noted. Without its deterrence, countries could and would attack their neighbors, or minorities in their own countries, with impunity. When Lubanga was arrested to face charges of enlisting and conscripting child soldiers, the threat of the I.C.C. undermined his support from other militias. After the Ivory Coast strongman Laurent Gbagbo was taken to face justice in The Hague, the country was able to rebuild.
Without this court, there would be no brake on the worst excesses of these criminals. And these violent leaders continue to plague Africa: the Great Lakes, Mali, northern Nigeria and Egypt all give reason for concern. Perpetrators of violence must not be allowed to wriggle free.
Moreover, where justice and order are not restored, there can be no healing, leaving violence and hatred ticking like a bomb in the corner. We know too well that long, painful road to healing in South Africa, as do the people of Kenya. As Africa begins to find its voice in world affairs, it must strengthen its commitment to the rule of law, not undermine it. These principles are part of our global moral and legal responsibility, not items from a menu we can choose only when it suits us.
Along with thousands of others, I have joined a campaign by Avaaz, an international advocacy group, calling on Africa’s leaders to stay in the I.C.C. The alternatives are too painful: revenge, like what happened in Rwanda, Kosovo and Bosnia, or blanket amnesty and a national commitment to amnesia, like what happened in Chile. The only way any country can deal with its past is to confront it.
We need loud voices in Addis Ababa to deliver this message, to shout down those who want us to do nothing. We also need the continent’s heavyweights, Nigeria and South Africa, to exercise leadership and stop those who don’t like the rules from attempting to rewrite them. Far from a fight between Africa and the West, this is a fight within Africa, for its soul.
By Desmond Tutu for the New York Times
Loading...
PHOTOS – President Uhuru at AU HQ in Addis Ababa < Previous
PHOTOS – MPs Running Around The Hague After A Heavy Downpour Next >
Recommended stories you may like: