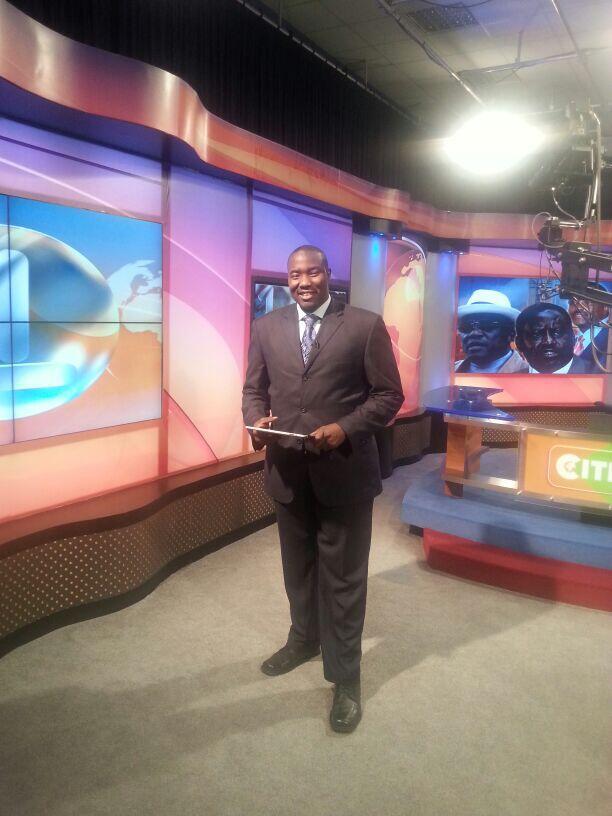 Citizen TV reporter Willis Raburu is in real trouble after revealing the identity of ICC witness number 536, who took the stand yesterday.
In a now deleted tweet, the brains behind Truth Meter yesterday identified witness 536 as G** *** ***.

“Witness 536 (G** *** ***) gave out an exactly similar narration to a Nakuru court.. Her case was thrown out.. #ICCTrial” he wrote.
However, we’re made to understand that the original revelation might have come from the rogue blog Kenyan Daily Post.
The story would most probably have been dismissed by readers just like all their other false stories, until Raburu confirmed. 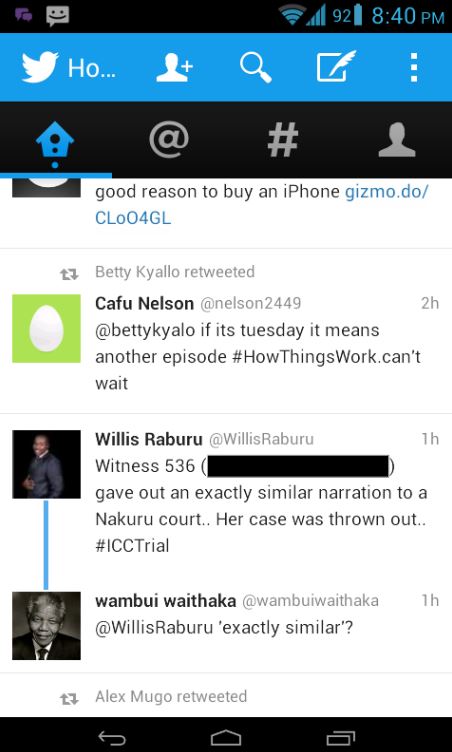 Perhaps realizing what he had just done, the good journalist pulled a Kidero and forgot tweeting about it. He stated categorically that the tweet did not originate from him, despite the various clear screenshots of the same.

Revealing the identity of witnesses beats the logic of the court having to cover their faces, alter their voice, and at times go into private sessions to prevent statements that will obviously make them known.
With the kind of fanatical following the leaders on trial have, danger to herself and family can come from all angles, most probably without even the approval of the leaders themselves.

Following his actions, Raburu has continued to be rebuked, even by fellow journalists.
KISS 100 radio presenter Adelle Onyango was especially vocal. She was unhappy that Raburu continued to deny posting the tweet.

Yaani the screenshot even has a reply to the tweet….no denying here!
— Adelle Onyango (@ADELLEO) September 17, 2013

We’re yet to see whether his employer will take any action.
A few years back, NTV’s Albert Gachiri was fired for prematurely killing Njenga Karume on Twitter. His case was however different as he used the station’s official handle.