12 Proven Ways To Get Rich in Kenya 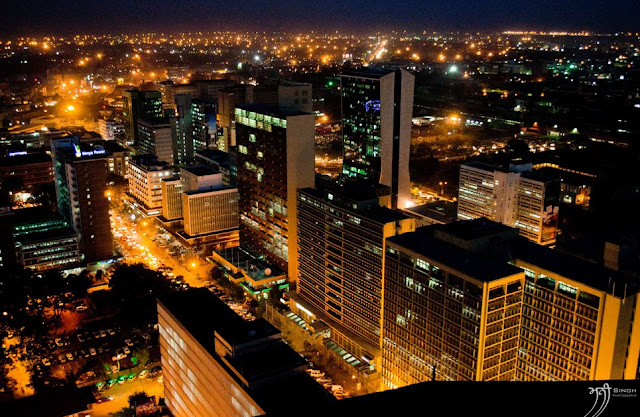 1. Conceptualize a Bourgeoisie EventThe steady rise of the Middle class in Kenya means we have more and more people willing to waste their Money in attending events that get them closer to being branded ‘Socialites’. A Fancy, well advertised event with a Popular act in performance is bound to get you not only a Fully booked attendance list, but eventually a hoard of Sponsors which is where the Money really is! Proof: Blankets & Wine, The Mingle, Kinanda Festival, All that Jazz…

2. Join PoliticsHere is the beauty of ‘Poli-Ticks’ in Kenya. Not only does it pay Super well (our MPs and Ministers are among the highest paid in the whole wide World!), it gives you both room and power to participate in Corrupt activities that add to your bottom line. And if you can manage not to end up in any scandals that cost you Millions in criminal defence and frozen foreign accounts, all you need is 10 years in Politics and you can retire to a Country house with sufficient money to last you the rest of your Life!! Proof: 100% Super Rich Success rate among Kenyan Politicians!!

3. Drug TraffickingThink about it. Every time a haul of Cocaine or Marijuana is busted by the Police, the Value is always hovering in the region of Millions. In 2004, a load of Cocaine worth Kshs 5.3 Billion was busted. Yes, I said Billion! Now think about it, imagine you don’t get caught, and you manage to smuggle in two shipments each worth say, 100 Million. After bribes, commissions to Politicians, expenses and all that, say you walk home with what, 80 Million? Sufficient cash to divest into real estate or what might eventually become a large, successful Retail chain 😉 Proof: All those drug traffickers who never got caught!

4. Corporate SlutI’m sure you know at least one 30 year old fast rising Marketing Executive (forgive the Stereotype) who seems to earn a promotion every subsequent year and not necessarily for her stellar performance at work. I know two. One (a friend of mine actually) has specialized in f***ing Expatriates. She owns two High end apartments in Malindi and owns stock in the New York stock Exchange. The other one has made quite a name for herself among Kenyan Politicians and Business Men as the perfect escort on their getaways to foreign lands. All you need is great looks, University level education, Class, Wit and lose morals to make it in this business. Proof: My two friends of course!!

5. FarmingEvery time I hang out with my friends, there will be a story about some former class mate who ventured into Farming and has made quite a fortune for himself. I have a lady friend to gave up a 6-figure Banking job to start Mango Farming in Kibwezi, a venture that is proving quite the better option to her 8-5 Banking job. And have you heard about Muguku? The guy who became a Billionaire from chicken farming in Kiambu County! Urban-Rural migration is quite low in Kenya, which means there is an opportunity for you and I there. Proof: Muguku and my Mango farming friend!

6. Corporate gigsAh, this one is a proven tactic especially if you happen to have some artistic bone in you. Here are some examples. Kevin Ombajo who has made a fortune doing event planning for corporates, Churchill Ndambuki who has also made a killing aligning himself with Safaricom, Barclays and now Milo, DNG who said goodbye to the low-return Music business to the high-return Corporate emCeeing business, all those Musicians in the Safaricom Live line-up each of whom is said to have taken home a few Million from the tour! Marketing  departments are the new cash cow for Artists so get in there and claim your share! Proof: All the above!

7. Be a News AnchorJanet Mbugua (she is barely 30) made bloggers go into a Frenzy when it was revealed she would be pocketing Kshs 800,000 in basic Salary for Anchoring evening news on Citizen TV once or twice a week. She is just one among a few top cream Anchors who are smiling all the way to the bank for their eloquence and good looks. It’s not easy to become Kenya’s next Jeff Koinange (now that he is out of the picture) but it sure does pay well once you make it to the top. Proof: Janet Mbugua!

8. Government contractsPeople have quit their Jobs to camp outside Government procurement offices waiting for the next lucrative Contract to come their way. The thing with these contracts is that its a dirty, dirty business. If you are the kind that gets your nails done and hates kissing the asses of fat, sweaty and painfully lethargic government employees, its not the get-super-rich-scheme for you. Proof: A friend of mine got the contract to supply 1 Million pencils during the last National Census at an overpriced cost of 80 bob per pencil to the Tax payer. He has since departed from my crew of lowly 8-5 guys.

9. Be Government SpokesmanA relatively young and well educated Man came back into the country, called back from his teaching job in the US to serve his country as a Government spokesman. In just a year of being the Mouthpiece for a government that apparently couldn’t speak for itself, he had started two TV shows, a Magazine and even written a book on ‘How to be rich in Africa’. The Man is now Governor of his home County. Proof: Dr Alfred Mutua

Too bad this position has been scrapped.

10. Target the Gay CommunityThink about it. There is this sense of Movement that is sprouting among the Gay community in Kenya, and as Birds of a feather logic goes, I am sure they look out for each other. What if you opened a Fashion Shop or Bar or even started an Event targeted at the Gay community? It has worked in other Countries, why wouldn’t it work here? Proof: I don’t have one yet, this is an experimental idea.

11. Become a Popular Gospel MusicianGospel Music industry in Kenya is a big force right now, mainly driven by a very large and very loyal nation wide fan base that shows up in throngs whenever a Popular act is staging a show. They also buy original CDs and VCDs if they Love your Music. Corporates are also attracted to Gospel Artistes because of their mass appeal and of course averseness to Controversy thus Brand ambassadorship deals are never that far away if you have a Manager who knows what he is doing. It’s good money while charting your way to heaven! Not a bad deal if you ask me Proof: Daddy Owen, Emmy Kosgei, Esther Wahome

12. Become a Vernacular MusicianThis one is probably the easiest route to Super Rich status, especially during election periods such as the current one in Kenya. Every time I go home, I marvel at the collection of original Vernacular Music VCDs that my Mum has put together over the years and she buys a new one on average every week! Arguably, the Richest Musician in Kenya is a Vernacular artist! What more do you need to hear? Proof: Ken wa Maria!

How has the GST Structure Impacted the Indian Economy At Large?

‘Cybersecurity is Exciting But Challenging Too…’
Loading...
The Latest