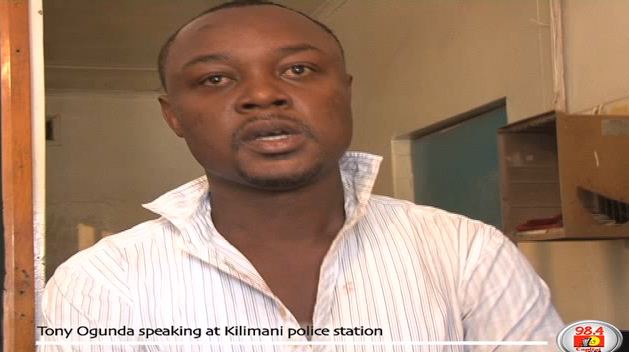 The man at the centre of Tuju and wife’s love affair, Tony Ogunda, has died.
Reports indicate that Tony was found dead in his Upper Hill house this morning. Details are still scanty, but police have launched investigations.

Antony Ogunda was mentioned as the second respondent in Tuju’s divorce case. Just last month, he was arrested for trespassing Tuju’s residence. Apparently,  police moved in on him after receiving a trespass complaint from Tuju, at around 9PM.
Tuju said that he had a restraining order barring Tony from accessing any of his houses, but the GSU officer did not abide.

At that time, Ogunda said that he was not trespassing as he had been invited by Ruth (Tuju’s wife), for some night activity. He further added that Tuju and his security harassed him, and even threatened him with a gun.
He was later freed on a Sh 500 bond by a Kibera Law Court.