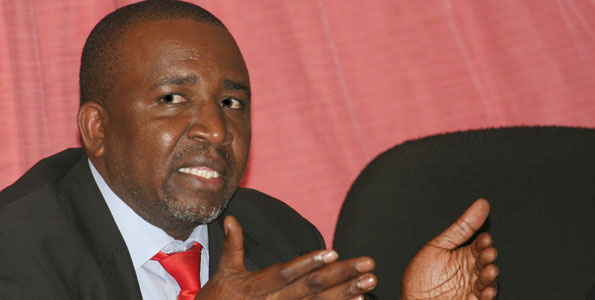 Mithika Linturi has sensationally stated that MPs cannot move around in Toyota probox or taxis. The Igembe South legislator was speaking at KTN studios on Thursday night, during the show Live Wire, hosted by James Smart.

Mithika was in studio defending his bill to disband the Salaries and Remuneration Commission, which has received overwhelming support from the members of parliament. He said that the Sarah Serem led commission had gone against the constitution when it reduced MPs pay.
Linturi also faulted the media for misinforming the public on this matter.

Okiya Omtatah, who was part of the discussion, took his time to accuse the Salaries commission for awarding the MPs a free Sh 5 million for the purchase of vehicles. The activist was particularly angry that the commission gave MPs the money after threats of its disbandment. Linturi interjected saying that it was wrong to say the money was a gift to the MPs. He explained how DCs have GK vehicles and their own drivers, and you would therefore not expect members of parliament to navigate their constituencies in taxis or probox.

Omtatah questioned the logic of buying every MP a vehicle, instead of giving them loans. He said that most of the vehicles on our road are on loan, and that the Sh 500,000 MP pay is enough to service one. He continued to say that the government is not a grant giving entity and if the MPs need the vehicles that bad, the government should buy GKs for their use but continue to remain property of the government even after the MP leaves parliament.

The discussion ended on a light note, after Omtatah told Linturi that he can mobilize 1 million people to go and shut down parliament.
Linturi wondered how the activist can do that, yet he was unable to mobilize enough voters to get him to senate, during the just concluded elections.