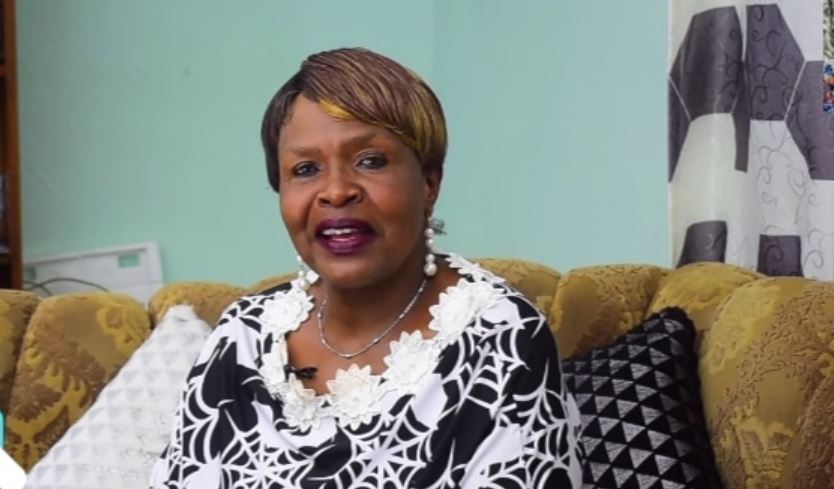 Seasoned actress Mary Khavere Matindo, popularly known as Mama Kayai from the long-running comedy Vitimbi, has asked for a meeting with President William Ruto and his deputy, Rigathi Gachagua.

Speaking during the funeral of actor Gibson Mbugua Gathu on January 3, 2023, in Matundura Village, North Kinangop in Nyandarua County, Mama Kayai asked Cabinet Secretary for Trade and Industry, Moses Kuria, to arrange a meeting with the president.

Mama Kayai said she would love to draw the president’s attention to the plight of Kenyan actors.

“Gisbon was my very dear friend, together with his family. I pray to God to give you strength to preserver this great loss. Another thing I would like to say, Honorable Kuria, we ask you, we would like to meet with number one and number two.

“He doesn’t know if some Kenyan artistes are there. Tell him that artistes do exist and we are asking to meet with him together with number two. We have a few problems we would like him to help us with,” said Mama Kayai.

The award-winning actress made a similar request to the country’s national leadership in 2o15 following the death of her on-screen husband of over 35 years, the late Mzee Ojwang Hatari, born Benson Wanjau.

Mama Kayai said Mzee Ojwang died a depressed and ill man at the age of 78 after his contract with the Kenya Broadcasting Corporation, where Vitimbi aired, was suddenly terminated after 40 years.

Evelyn Wanjiru’s Manager Husband Reveals “the bad thing about working with her” < Previous
Njugush on Dealing With Cyberbullies: I Don’t Care What People Say About Me Online Next >
Recommended stories you may like: