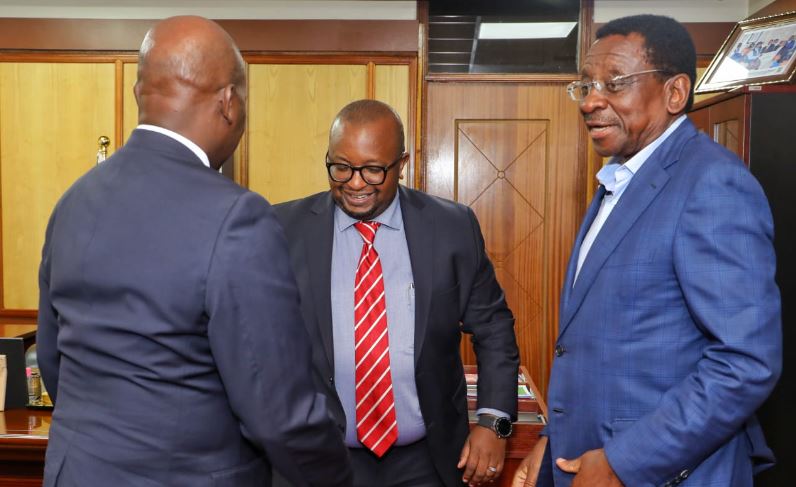 The State Department for Housing and Urban Development has committed to support Counties in planning their Cities and facilitating for projects that fall under its mandate.

Housing PS Charles Hinga says the Department has a direct link with Counties as far as rolling out projects is concerned, reiterating the Government’s commitment to enhancing service delivery for wananchi.

The PS spoke Tuesday evening in his office during a meeting with Siaya Governor James Orengo who had paid him a courtesy call.

The meeting coming ahead of the planned ground-breaking ceremony for the Affordable Housing programme in Homabay County as well as the commissioning of the Homabay municipal market on Friday by President William Ruto.

The President is also expected to tour Siaya County on Saturday for the homecoming of ICT Cabinet Secretary Eliud Owalo.

PS Hinga lauded County Governments that have availed land for the affordable housing programme saying Siaya has committed to set aside 6 acres for the same.

He said they have agreed to improve partnerships with Siaya County adding that they also discussed the economic stimulus project support as well as ongoing works such as rehabilitation of access roads, sewer lines among others.

PS Hinga said a team from the Housing Department has already been dispatched to various Counties to follow up on the affordable housing programme.

LGBTQ Activists Warn That Edwin Chiloba Murder Might Incite Violence Against Queer Kenyans < Previous
Sakaja Asks Kenyans For Forgiveness Over DP Gachagua Public Spat Next >
Recommended stories you may like: