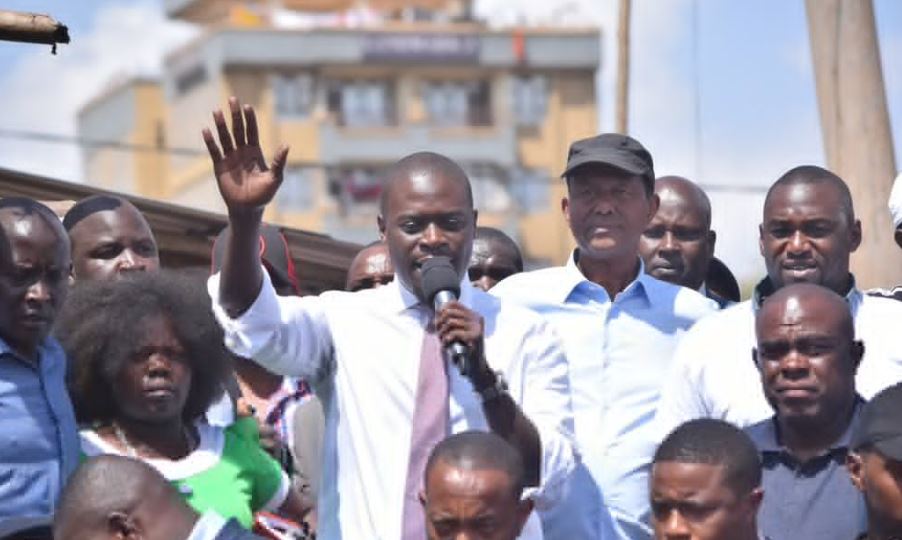 Nairobi Governor Johnson Sakaja says he will not shut down noisy churches in residential areas.

This follows calls from Nairobians to extend his crackdown on noisy clubs and restaurants to churches.

Sakaja also faced pressure to close noisy churches from the Atheists In Kenya Society which pointed out that the governor was privileging religious institutions.

“As a society, we have received numerous complaints about places of worship that are a nuisance to residents of Nairobi due to noise pollution. We demand that the Nairobi County Government include places of worship in its notice. We suspect that Governor Sakaja is privileging religious institutions on this issue,” Atheists President Harrison Mumia said.

But speaking on Thursday, December 1, 2022, Governor Sakaja said instead of closing down churches, he would initiate dialogue with religious leaders to find a solution.

“I will not close the churches. We want them to spread the gospel of obeying rules and regulations. I will initiate talks with them because we must be reasonable and accommodate each other in the city,” Sakaja said.

Adding: “Of course siwezi enda kufunga kanisa (I can’t go round shutting down churches). Hiyo sitafanya (That will not happen) because I’m a believer and I will not touch a place of worship, whether it’s a mosque, a church or a synagogue. But we are urging them to set an example and be responsible.”

He also insisted that he would not backtrack on the closure of noisy entertainment joints.

“I will not go back on the abolition of bars and restaurants from residences. We have closed that chapter. Let us move on. Those saying people will lose jobs are seeking sympathy. It is the right thing to do although it is unpopular,” Sakaja said.

“Let’s take care of our young people, let the children sleep in the estates. We have cancelled all the nightclub licenses in the estates and they will continue to operate as bars and restaurants, not as nightclubs. The CBD, Industrial Area, Woodvale Groove in Westlands, those will be entertainment hotspots that you yourselves will enjoy,” he said.

Governor Sakaja spoke during the commissioning of the Green Park bus terminal.

Blow For Sakaja in Bid To Kick Matatus Out of Nairobi CBD < Previous
Everything Trending in Nairobi Today Next >
Recommended stories you may like: