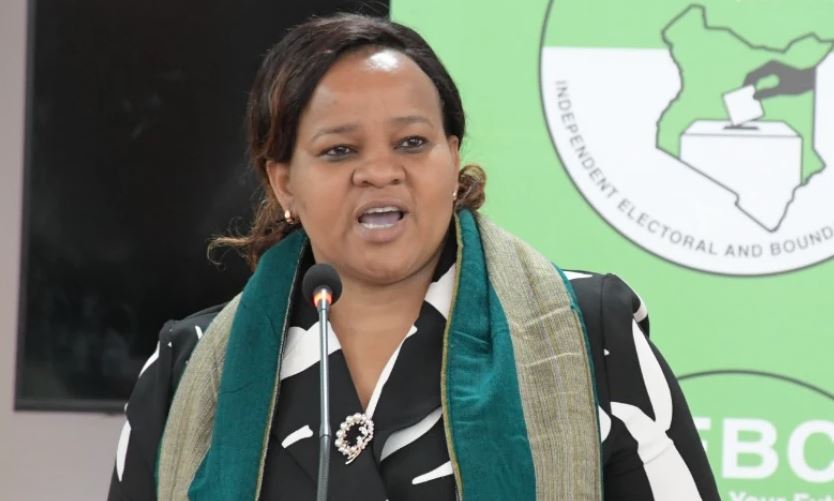 This week, the Justice and Legal Affairs Committee invited individuals to give their opinions about the motion to remove the Cherera four IEBC commissioners from office over their misconduct during the August 9th presidential election.

The commissioners are accused of trying to subvert the will of the people by disowning the official presidential tally that was given by Chebukati, the IEBC chairman.

The Azimio trio, Kalonzo, Raila, and Martha Karua are among the people who have presented their views.

They accused the government of witch hunt and claimed the hearings were of no consequence because the government was hell-bent on removing the commissioners from office. Whichever the case, the Cherera four need to leave the IEBC, as millenials would say “like yesterday”.

They cannot be trusted, risked stabilizing the country, and are likely to attempt mischief in future elections.

These commissioners cannot be trusted to manage another election.

At first, they claimed that the results given by Chebukati were so opaque that they could not stand by them, and even accused him of deliberately denying them an opportunity to cross check them. As it turned out during the hearing of the presidential petition by Raila Odinga, it was a lie.

The Supreme Court dismissed the claims as ‘hot air’ which was meant to take the court to a wild goose chase. Clearly, the court’s decision pokes holes into the character of the four commissioners.

They accused Chebukati of subverting the will of the people when it was in fact them that tried to overturn the election.

Given how contested Kenya’s presidential election is, they are definitely not the kind of people needed to manage future elections.

They should leave because they also risked destabilizing the country. Kenya’s presidential elections have been very polarizing in the past. In fact, it is what led to the 2007 post-election violence.

Further, in 2017, President Uhuru had to shake hands with opposition leader Raila Odinga to bring calm to the country following the disputed presidential elections.

Had it not been for the political sanity that Kenya has enjoyed in the last four years, the four commissioners would have destabilized the country.

The opposition leader would have used their claims to call for streets protests, the government would have deployed security officers to calm the situation, and violence would have erupted; leading Kenya into another post-election violence.

For this reason alone, the Cherera four should be removed from office.

It would be a waste of time because Kenyans would not trust the results she would provide. She is the last thing that the IBEC, A commission plagued with a huge trust deficit, needs. Therefore, it is better for the country if they leave now.

The Cherera four should, therefore, be removed from office.

They acted with impunity, nearly destroyed the country by casting doubt on the presidential results, and cannot be trusted to manage another election.

Consequently, parliament should remove them from office and IEBC should initiate the recruitment of new commissioners.

PHOTOS: Woman Caught Trying To Smuggle Marijuana into Police Cell < Previous
UPDATED – Kambua Dazzles As She Showcases Her Blossoming Baby Bump Next >
Recommended stories you may like: