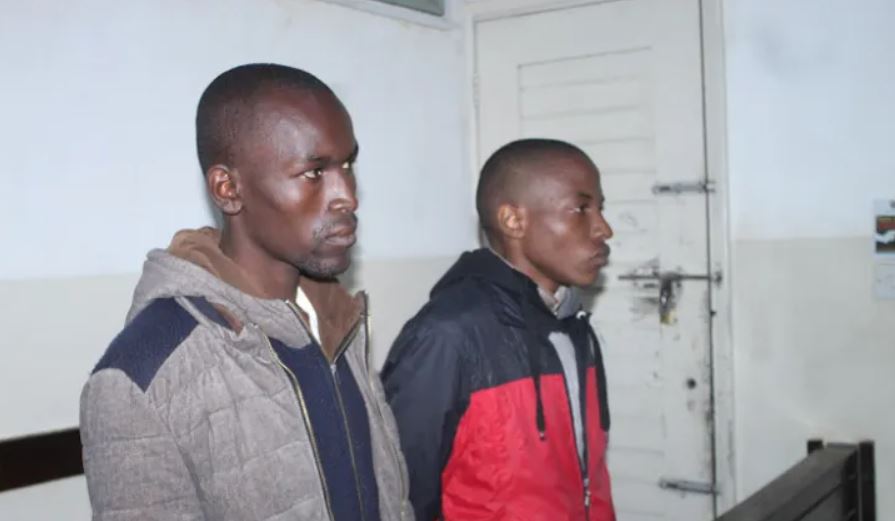 Two men have been sentenced for violently attacking and robbing a bodyguard attached to Deputy Chief Justice Philomena Mwilu in 2017.

Eric Njuguna Kamau and James Wachira Kibe were a fortnight ago found guilty of violently robbing Police Constable Titus Musyoka of a pistol and a magazine loaded with fifteen rounds of ammunition.

PC Musyoka testified in court that on the day he was attacked (October 24, 2017), he had just left the Supreme Court driving a blue Prado and had picked up a child from Montessori Academy and dropped him home.

He then proceeded to Coptic Area Hospital where he was to buy flowers from a long-term friend, one Kiragu.

“I left the Supreme Court and went to Montessori Academy to pick a child. I arrived at the garden and I found Kiragu and his two employees but Kiragu informed me that the plants I wanted to purchase (bottom brass and others) were few. He advised me that they were present at the next garden,” Musyoka testified.

As Kiragu and his employees loaded the car with the plants, he heard gunshots and before he knew it, he had been shot in the jaw.

“I asked them how many they had loaded when I heard a gunshot. I heard the second gunshot and found I had been shot and was bleeding in the left jaw and the left shoulder,” he said, adding that he pretended to be dead to save his life.

“A man came and picked my gun and fled on a motorcycle. I told the garden owner that I had been shot in the shoulder. I requested him to take me to the hospital,” Musyoka said.

In its judgement, a Kibera court on Monday, November 14, said the police had placed the accused persons at the scene of the crime.

Kibera Senior Principal Magistrate Esther Boke noted that the gun that was stolen from the victim was recovered from the suspects at a separate robbery incident in Thika, within Kiambu county.

“The offence was committed brutally, the accused person shot the complainants with a firearm and they were not firearm holders,” Boke said.

“The two are dangerous people who need to be kept away from society and by doing so we will protect the community.”

In mitigation, the first accused person pleaded with the court to be allowed to go home and start a family, saying he was arrested before marrying.

“Allow me to go home and make a family, I was arrested before I married,” the accused pleaded.

City Man Charged For Abducting Lover’s Son, Demanding Ransom < Previous
Shock As Thousands of Bats Take Over Maragua Police Station Next >
Recommended stories you may like: