President Ruto’s Permanent Secretary Nominations Evidence He has Not Grown into a Leader, Still a Politician 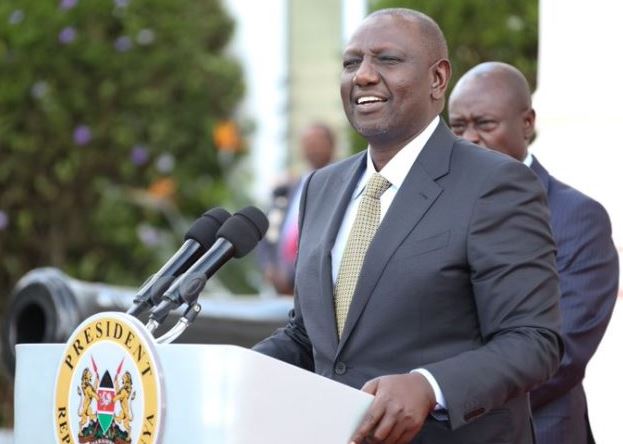 On 2nd November 2022, the president nominated individuals to fill the roles of Permanent Secretaries in various state departments for consideration and approval by the National Assembly.

Shockingly, the list was dominated by two tribes, mainly the Kalenjin and Kikuyu tribes, with a few other communities sharing the minor slots.

These nominations were greeted with a lot of disappointments from Kenyans from across the country, citing lack of inclusivity and entrenchment of regionalism in the government.

In truth, these nominations are evidence that the president and his deputy are not leaders, but rather politicians.

They have failed to unite the country, entrenched division instead, and weaponized voter’s rights to elect their own leaders.

The president was supposed to show leadership by ensuring that the nominations were inclusive. Unlike politicians, who sow and thrive in division, leaders are supposed to unite and inspire.

However, instead of the nominations inspiring unity and inclusivity in the country, they in fact achieved the opposite by forging division and entrenching feelings of non- inclusivity.

There was nowhere else where these marginalization complaints were more evident that on Twitter.

However, to students of history, these kind of nominations were not unexpected.

The other day in Ukambani, Deputy President Gachagua told Kenyans that he almost fell out with the president because Ruto had appointed politicians from the region as Cabinet Secretaries, a region that voted overwhelmingly for the opposition leader Raila Odinga.

The Deputy President also accused former President Kenyatta of ‘neglecting’ the people who voted for him by rewarding those who had voted against the Jubilee government instead.

According to the then MP for Mathira, the president should have appointed people from Mt Kenya and Rift Valley regions before considering those from other areas across the country.

Clearly, Gachagua’s sentiments were not only his own, but also those of President Ruto. He has prioritized the Mt Kenya and Rift Valley regions, and shared the left overs with the other communities.

In this regard, the president has acted as a politician, rather than a leader.

The nominations have also entrenched division across the country. During the 2017 election, the then NASA coalition campaigned on the platform of among other things, inclusivity and unity.

Various slogans and strategies were coined to fuel this agenda, including the famous 42 vs. 2 and talks of secession. It is only after the famous handshake between President Kenyatta and Raila that such sentiments subsided.

Unfortunately, if the president continues rewarding his tribe’s men and those who voted for him only, then it is expected such ideas may resurface.

The president is supposed to be a symbol of national unity, not division. However, at the moment, he seems to be dividing rather than uniting the country.

Those close to him should advise him, a journey of a thousand miles starts with a single step, and motions to secede start with feelings of marginalization.

However, at the moment, the president seems to be doing exactly that.

The Kenya Kwanza government has openly said that it will reward those that voted for them with government appointments before considering those who voted for the opposition.

In lay man’s language, Deputy President Gachagua was telling Kenyans that their choices had consequences, and those who made the ‘wrong’ choice were going to be punished.

And punish them they have done.

They have punished all the other communities by forming a non-inclusive government. Majority of the appointments came from only two tribes, majority of whom voted for the president and his deputy.

The rest, have been shared among the other communities, which are the majority, who supposedly did not contribute much to the vote basket. In this regard also, the president has acted as a politician, rather than a leader.

Clearly, President Ruto and his deputy have not grown into leaders yet, they are still playing politics.

The nominations they made for PS positions in their government did not inspire or unite the country.

Instead, they were non-inclusive, entrenched division, and punished those who did not vote them.

Those close to them should remind them they are symbols of national unity, not of the Mt Kenya and Rift Valley regions.

List of 131 Bleaching Products Banned From Kenyan Market < Previous
This is What’s Trending in Nairobi on This Thursday Next >
Recommended stories you may like: