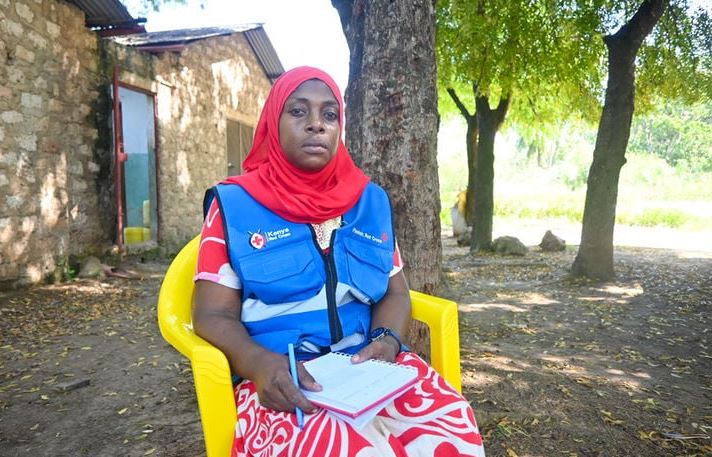 Mwanasiti Juntaa Ali, 48, is a form three student at House of Smile Mtomondoni in Kilifi County. The mother of eight and grandmother of seven dropped out of school after she was married off at 15 to a man twice her age.

Mwanasiti is now back in school and has just closed for the holidays. She tells her story via Nation.Africa.

“This week, learners from across the country will be home for the long holiday. I am one of them, only that I am not your typical school-going student.

I am a biological mother to eight children, stepmother to five, and a guardian to four of my orphaned late sister’s children, who was their only present parent. I am also a grandmother of seven. In a few weeks, I will be turning 49, and I have just finished my form three studies.

For many years, as I watched my children pack their books and leave for school, I couldn’t help but think of myself at their age. I was that girl that was excelling in school but dropped out along the way. I wanted to be that girl again.

On a particular day in 2018, I woke up with one resolve ─to go back to school and attain a KCSE certificate.

My story begins at 15, more than three decades ago. I was a Standard seven learner with an aspiration of becoming a doctor or a police officer. I excelled in school and most of the teachers had grown fond of me. They would tell me that I had a great future ahead. However, the situation at home was a big contrast to this. With a family of more than 10 mouths to feed and my father making a meagre income, things were tough. My father used to run a business selling local brew and during the evenings, I would go there to help. Then, this was not an anomaly but today it contravenes the rights of children and is punishable by law.

I made friends with one of the patrons, a man well-known to my father, and before long, I was pregnant at 15. The man was twice my age.  When it happened, rather than reporting it as a sexual offense, I was married off. With the poverty situation at home, this meant one less individual to provide for, and this was the preferred action. Teenage pregnancies are rampant in Kilifi County and some of these girls are married off to avoid shame or in exchange for money.

But, there was nothing rosy about the marriage. Five months in, I decided to call it quits because my husband had become violent and refused to provide basic needs such as food to me and the baby.

Back at home, I did menial jobs to survive and occasionally gave a helping hand at my father’s business. I would later get married two more times, and each time I left because they were abusive. I am now in my fourth marriage and I have been married for more than a decade. 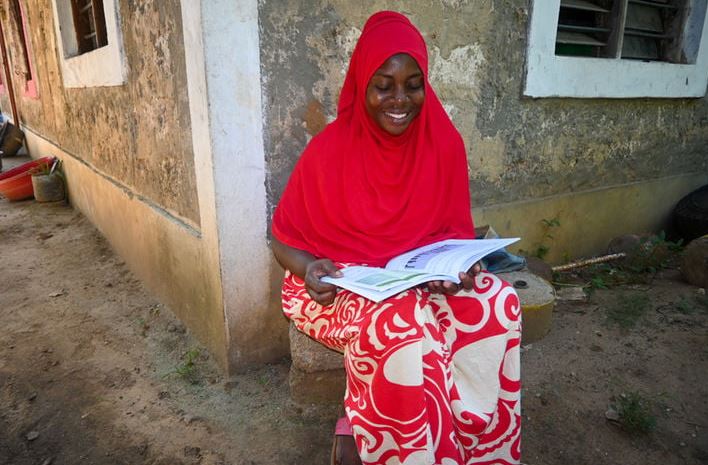 In 2004, I got an opportunity to work with the Kenya Red Cross as a Community Health Volunteer (CHV). This involves enlightening members of the community about matters of general health, and ensuring that they seek medical attention when pregnant. Still, under Kenya Red Cross, I also work as a child protection officer. Whenever a child is in danger, such as sexual abuse, I ensure that they are taken to the hospital, the case is reported to the police and I have to make sure that the child is in safe hands. I do this by working alongside other forces such as child rescue officers.

Because of the nature of my work, we are often taken through training and attend many workshops. It is through attending these meetings that I realised the advantages that come with having academic qualifications such as a KCSE certificate. On many occasions, opportunities would arise and I would be disqualified because I lacked this prerequisite. It used to hurt me because I am well aware of my capabilities. This is what motivated me to go back to school.

I had heard stories of adults who were going back to school, some even older than I was.  I registered in 2018 and did my KCPE the next year at Ronald Ngala primary school in Mombasa County. In 2021, I enrolled in a private secondary school before joining my new school where I am currently in form three.

House of Smile is not your typical school setup. It provides a second chance to people like me who want to shed the dropout label and carve a new path for themselves. At the moment, we are just two students, taken through the syllabus by a trained teacher, who also shares a similar story of going back to school as an adult. On Saturdays, a teacher from a neighbouring secondary school takes us through English and Kiswahili. My favourite subject is Mathematics, while the one I struggle most with is Chemistry. The centre has a library and books and I pay Sh2, 000 every month as my tuition fees. Two of my children are sitting for KCSE this year and they help me in areas where I’m weak.

How I make it happen

Through the monthly stipend I get for my work as a community health volunteer, I joined a table banking scheme and bought some building blocks. With time, I put up three simple rental houses that supplement my income, albeit it’s still insufficient going by the household needs. Thankfully, my husband earns a salary and has a simple rental house as well.

I attend school between 9 am and 1 pm then volunteer as a child protection officer or community health officer until 4 pm. These roles are flexible allowing me to focus on my studies, motherhood, and wifely duties.

I am hopeful that come next year, I will pass my exams. I plan to further my education and become a social worker or workshop facilitator. I am on a quest for independence, which in my experience, has proven I can only get through a second chance in education.”

Liz Jackson: I Can’t Date A Man Earning Less Than Sh90,000 < Previous
I Left Corporate World To Be A Digital Strategist and Trainer Next >
Recommended stories you may like: