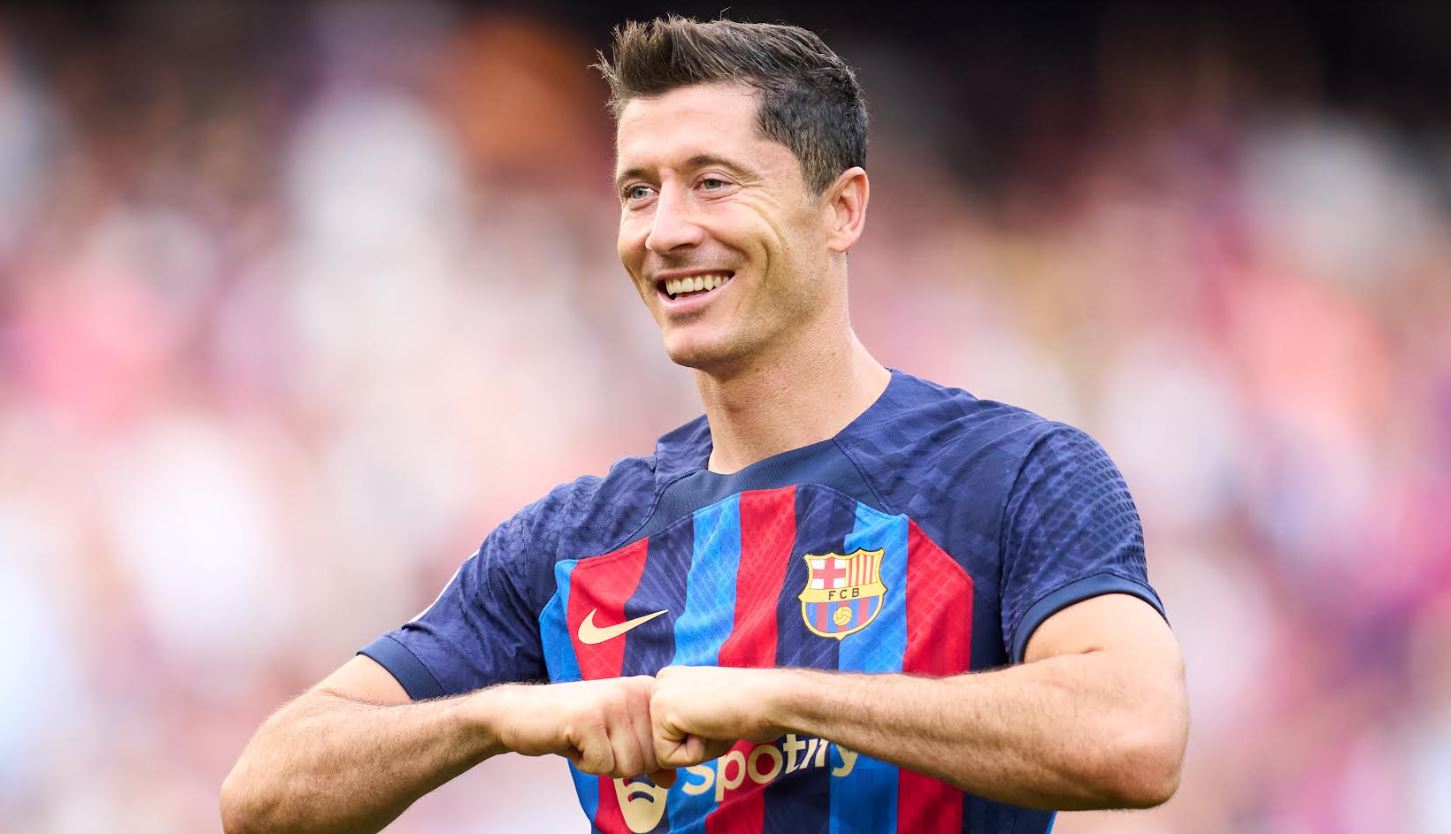 Robert Lewandowski has recently stated that he is happy with his debut at Barcelona and that he feels particularly comfortable at the club.

Thanks to his incredible two-goal performance, the Polish player is hoping for a chance to win the famous Golden Ball this time.

According to him, it would be much easier to win the award with Barcelona than with Bayern Munich.

On 16 July 2022, a three-year deal (worth 45 million euros) was signed between the Catalan club and Lewandowski. The press had long suspected this transfer to Barcelona and several weeks later it turned out to be true.

His arrival at the club caused great excitement among the fans. They fought to get the best  FutFanatico from the new recruit. The proof was that the club shop was literally out of stock.

On 13 August 2022, Robert Lewandowski played his first match for his new club FC Barcelona on the first day of the 2022-2023 La Liga season.

The match was far from being a success, with a final score of 0-0.

Fortunately, the Pole quickly recovered and caused a sensation in the second match against Real Sociedad. He scored a nice double and beat his opponent with a final score of 4-1.

After scoring two goals against Real Valladolid and one against Sevilla FC, he scored a hat-trick against Viktoria Plzen in the first match of the Champions League group stage.

In search of the golden ball with FC Barcelona

Robert Lewandowski clearly has no time to lose. For several years now, the player has been searching for the Ballon d’Or, but so far without any conclusive results.

FC Barcelona, his new club by adoption, seems to be the solution, a hope to finally obtain this valuable prize.

In one month, Lewandowski has already scored 11 goals (8 in La Liga and 3 in the Champions League). This is a very satisfying performance that demonstrates the player’s talent and his ability to adapt.

Lewandowski is definitely turning the page with Bayern Munich.

The latter is perfectly settled in Catalonia and is acclimatising wonderfully. The player spoke about his debut at the Catalan club.

He said: “I feel good in Barcelona. The adaptation has been very good. I know that the road to here has not been easy, but now I’m at Barça, this is where I wanted to be and this is the most important thing.

To always have the possibility of being at clubs like this is an added value not only for the months and years to come, but for a lifetime.”

The Polish striker talks about his main goal, which is to win the Golden Ball. For him, Barcelona is the best way to get there.

CRAZY – The Funny Memes Going Viral on Social Media < Previous
DJ Mo: Size 8 Miracles Are Genuine Next >
Recommended stories you may like: