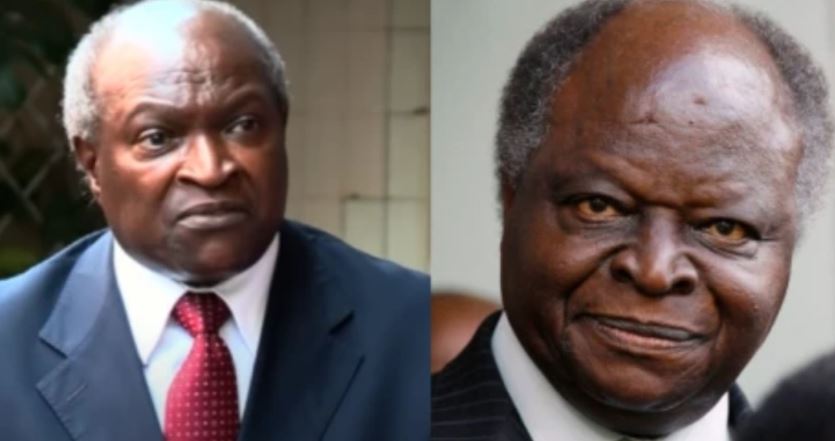 Four children of former President Mwai Kibaki have rejected a request for DNA tests in an inheritance dispute against two people claiming the late Head of State was their father.

Jacob Ocholla and a woman codenamed JNL moved to court after Kibaki’s death in April 2022 claiming a stake in his wealth and wanting DNA tests to show they are children of the former head of State.

Ocholla and Ms JNL asked the court to order DNA tests for themselves and Kibaki’s four children — Judy, James Mark Kibaki, David Kagai Kibaki and Anthony Andrew Githinji Kibaki — to ascertain whether they are siblings.

In a second request, the duo asked the court to order the exhumation of Kibaki’s body for the extraction of samples to be used in the DNA paternity test.

Ocholla’s lawyer Morara Omoke argued that since “there are no known DNA samples of Kibaki that have been stored in a data bank or any other facility” exhumation is the only option for a paternity test.

In response to the application, Judy Kibaki, on behalf of her three siblings, opposed the proposal saying it was a violation of their privacy.

They also opposed sharing Kibaki’s wealth with Ocholla and Ms JNL and disputed their parentage.

While rejecting the request to exhume their father’s body, Judy said it cannot be ‘whimsically granted’ as Kibaki was buried in a State funeral and the final laying to rest was a matter of national and international importance and publicly funded.

Kibaki’s children also noted that Ocholla and Ms JNL are not listed in Kibaki’s last will dated November 30, 2016, in which the late President shared his wealth among his children equally.

They say Kibaki also never introduced the two to his family during his lifetime.

Judy adds that JNL’s parents are known and that her mother is alive. She says allegations that JNL’s mother had a relationship with Kibaki are inadmissible.

On Mr Ocholla, Kibaki children say a “mere facial resemblance, without more, which is denied, is insufficient to establish a familial connection between Mr Ocholla and Kibaki”.

First Phase of Hustler Fund Set For This Month < Previous
Why Kenyan Betting Apps Are on the Rise Next >
Recommended stories you may like: