Why Riggy G’s Crowd Excitement Will Be His Own Undoing 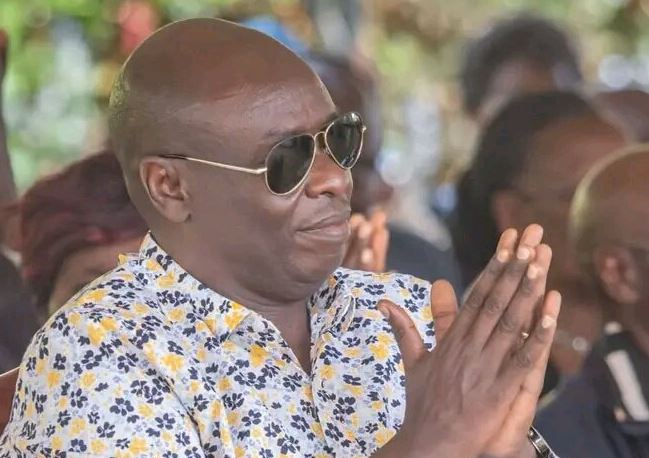 Close to one month after being sworn in as deputy president, Riggy G has hit the ground running in a bid to try and position or rebrand himself from Gachagua, the one time Member of Parliament for Mathira to Gachagua the Deputy President of the republic of Kenya.

During this time, the deputy president has fired his old tailor and hired a new fashionable one, hit the gym to improve his physique, worn sun glasses and danced with children during the national drama festival held at Kisumu, and participated in various media interviews to sell his newly found status.

However, during the same period, he has made numerous mistakes as well, which in my view dim his chances of being the next president of Kenya after Dr. William Ruto.

Particularly, he has failed to recognize that the campaign period is over and change his messaging accordingly, made road side declarations to excite the public only for government institutions to correct him publicly, and undermined his own capabilities by trying to over amplify the president’s competencies.

For starters, Riggy G has failed to realize that the campaign period is over and the messaging that earned him a seat at the presidency will not sustain him in it.

The messaging was brilliant because the people were tired of the high cost of living, which essentially formed the basis of the 2022 presidential campaign.

They were so fed up that the people from the Mt Kenya region voted against the then president, who was the defacto leader of the region going into the election.

However, the deputy president has failed to realize that he cannot maintain the same messaging because he is now expected to be the problem solver, not the official opposition.

Close to a month after being sworn in, he is still blaming state capture and President Uhuru’s cabinet secretaries for the problems we are facing.

The deputy president needs to change tact and realize the implications of the position he now holds. He needs to understand that the highest indication of an incompetent leader is one who is always complaining to the same public that elected him to solve the problems he is complaining about.

As the people, we expect that every time the presidency speaks (including the Deputy President and President) it will give solutions and policy directions that will make the country better.

He cannot join us in complaining: we complain to them so that they can address the issues that are ailing us, who is he complaining to and to what end?

President Ruto has adapted to his new position quickly; he no longer complains but gives solutions. For instance, during the burial of the deputy president’s older brother’s burial in Nyeri, the president steered clear of politics and instead addressed real issues facing Kenyans and how he was planning to address them.

Particularly, he urged the elected members present to serve the people diligently, talked about the bills he will soon be bringing to parliament to address our ballooning national debt, lean savings, and warned us about the hard times ahead as we struggle to meet our international financial obligations.

That to me was a good presidential speech and Riggy G should strive to follow in his boss’ footsteps: inspire confidence, not incompetence.

Whereas we understand Riggy’s great fortune (going from a one time member of parliament in 2017 to an elected deputy president in 2022) and the need to allow him to enjoy his great achievement, a month is long enough to get over the excitement and settle down to work.

Unfortunately, Riggy G is still over excited and the crowds he is now attracting in his public events are not helping.

He is making roadside declarations to excite them, only for him to make a U-turn when things boil over. For instance, the other day in Rift Valley, he made an announcement that he had ordered farmers living near forests to be allowed to farm and plant trees within gazzeted forest areas (Moi era Shamba system).

However, when forest stake holders dissented publicly, he made a U-turn and said it was not an order and that the government was waiting for the proposed nominee for CS Agriculture to create a framework that would guide the process to ensure it was done correctly.

So, essentially, it was not an order, but rather a proposal. However, Riggy G needed to excite the attendees.

In the same meeting, the deputy president said the cattle rustling issue ailing our North Western counties was not a serious issue demanding the president’s involvement, and that all he needed to do was to hold a few meetings with the region’s leaders and it would soon be a problem of the past.

Whereas I appreciate his attempt to inspire confidence and calm the public, previous leaders have attempted this strategy and failed miserably.

Just the other day, more than 8 people, including trained GSU officers were murdered by rustlers during a peace campaign in Turkana, not forgetting the more than 22 police officers that were murdered in Kapedo by the same rustlers under the previous government.

This issue needs to be addressed with the seriousness it deserves and Riggy G should not over attempt to oversimplify it to please the public.

Similarly, Riggy G made uninformed declarations during an interview with a local media station on Sunday to show the public that he was on top of things, only to set himself up for failure.

For starters, he declared that there was an alleged ‘forex shortage’ in the country that was caused by state capture, only for the CBK governor to deny such a shortage even existed in the first place, leave alone who was responsible for it.

Further, he blamed the problems ailing our national airline to the same state capture, just for the airline’s chairman Michael Joseph to deny it.

It follows, therefore, that the deputy president must find a way of controlling himself during interviews and public functions.

He cannot afford to continue making uninformed or premature roadside declarations to excite the public if he hopes one day to become the president of this great country.

We are way past the campaign period, he cannot continue spreading propaganda.

He needs to present himself as a credible leader, who knows what he is saying when he says it.

Whereas the 48 laws of power advises against outshining your master, I fail to see the purpose or benefit that undermining one’s capabilities in public adds to their political career.

If Riggy G wants to be the president of this great country in the near future, which I believe he does, why does he always find ways of undermining himself in public whenever the president is present?

For instant, during the inauguration ceremony, he undermined himself by saying that there was no way he could ever fill the shoes of the president, among other things. Unfortunately, he continues to do so to date.

Riggy G needs to understand that humility does not mean undermining yourself in the presence of the person you intend to please. Nor does subordination mean undermining one’s capabilities, it means providing your competencies but following the direction provided by the leader.

Not pretending to make zero contributions or being incapable. Surely, a leader whose party delegates lacked confidence in could benefit from showing his capabilities to the party and the public.

It seems to me that the deputy president fails to understand the nature of political marriages.

There is nowhere in Kenya’s history where this fact is clearly exhibited than in the Uhuru-Ruto campaign. In spite of political differences, President Kenyatta chose to stick with his deputy because he knew Ruto was the only one who could marshal the Rift Valley numbers needed to win the 2017 elections, not because he loved him.

Therefore, Riggy G needs to understand that love does not matter in politics, numbers do; you need to pull your weight.

Moreover, Riggy G should learn from his predecessor. The main reason why we voted for President Ruto is because he showed us his capabilities while he was still deputy president.

He never hid or down played them. In fact, we voted for him because we believed he was the engine behind the successes of the jubilee government.

Therefore, Riggy G should shows us what he is capable of; the president will dislike his incompetence more than he will be threatened by his capabilities.

After all, isn’t that why he appointed him his deputy?

Conclusion
Riggy G has been given a great opportunity to build his profile as a leader and possible successor of President Ruto in 2032.

Unfortunately, he is using it to show his incompetence by complaining about alleged state capture, making uninformed roadside declarations, and downplaying his capabilities to supposedly stay in the president’s good books.

Those close to him should advise him to change tact and work towards building his leadership and political profile to increase the chances of succeeding President Ruto in 2022.

Jalang’o – Why MPs Should Manage Ruto’s Hustler Fund < Previous
CBK, DCI, KQ Accused of “bad manners” for Correcting DP Gachagua In Public Next >
Recommended stories you may like: