My Gulf Story: Arab Employers To Blame For Mistreatment, Not Kenyan Workers 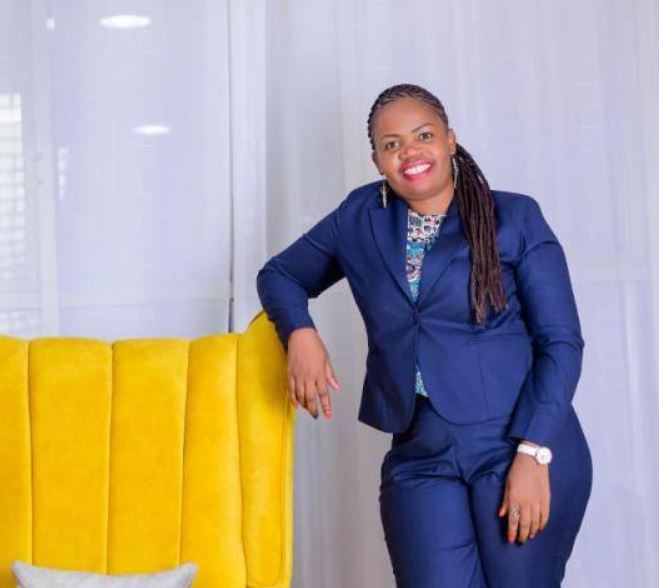 Margaret Afandi a music publicist, shares why she stopped going to church after coming back from Lebanon and why it is wrong for people to say Kenyan girls working in the Gulf are mistreated because they are indisciplined.

I’m a firstborn, and I was raised by a stepfather. I had a tough upbringing, I even have a big scar on my hand courtesy of an uncle. He came back home pretending to be drunk and took a sufuria full of hot water and poured it on me. It took me time to heal. I would generally say that the family never loved me. They mistreated me a lot. I grew up in that tough environment until I became independent.

Despite the sad stories that come from Gulf countries, you still got the courage to travel. Why?

I had worked for Indians for quite some time and had developed a very good relationship with them. I was sure that it will be the same with Arabs. Also at that point, I was in need of cash –  after I had separated from my husband, life wasn’t easy. I had been thrown out of the house and I was tired of being a beggar in peoples’ houses. So, I decided to try going out of the country and that’s how a friend introduced me to an agent.

What convinced you to take the job?

The package. I was promised a pay of Sh50,000. That is money I had never received at once so I gave in. I knew it will not only change my status but my family’s as well. Back in 2015, that was a lot of money. And being that the contract was four years renewable, I knew within that time I would have made a name for myself.

And then what happened?

What I was told is not what I got. I learnt on arrival that my payment will be Sh18,000. Since I was already there, I decided to just stay and work. Ironically, my agent blocked me immediately after I got to the airport so this was clear that I was to sort out the mess alone.

Many survivors say that when they landed at the Gulf, what they were told was not what they saw. How true is the statement?

It’s very true. When I landed at the airport, I was directed to use a tunnel meant for low-class people like house helps. They have a holding space for house helps which looks like a tunnel. It’s there that you will stay until your boss comes to pick you up.

What made you regret ever setting foot in that land?

The mistreatment, the beatings the demeaning name tags and even worse was the sexual harassment. The things house helps experience in those countries damage their mental stability. The hatred is enormous. Abuse is a common language in those countries. For me, the abuses intensified when I informed my boss that I wanted to go back home. My sister was very sick so I needed to travel before the worst happen. When I mentioned that to her, she slapped me so hard, I cried the whole day. They really frustrated me until I had to seek help from the embassy which unfortunately didn’t support me.

There was a controversial statement that was made that Kenyan ladies are indisciplined that’s why they end up suffering in Arabic countries. What’s your take?

We are born and raised in different environments. I think it’s near impossible for thousands of  Kenyans to have the same character. That’s a very ignorant statement. Arabs are racist and that’s one thing that should be told.

The worst experience you ever faced there?

Being locked in a certain office when I went to seek my return ticket. The person I found there demanded sex and when I resisted, he locked me together with some girls and left us there for two days. While in that room bitter and frustrated I was in a fight with an African and left her for dead and that’s how I got my return ticket after an emergency call was made.

What did she do?

Most people especially family members always have high expectations from people coming from abroad, how was the environment when you returned?

Heheheeeh! I tell you my return came with shocks. All the money I had worked for my boss was using it. He was the one keeping all my documents including ATM cards. I learnt about this matter during my deportation. I was to pay for my return ticket and surprisingly when I went to withdraw some cash from my account, the balance was nil. The little I had sent to friends was also “eaten” so in short, I was totally bankrupt.  I couldn’t even afford my ticket. I had to call a friend to save me. On arrival, my sister had already died and her burial was underway. Travelling to the village was such a struggle at the same time my parent had high expectations. I remember giving my father Sh2,000 and he was like “what is this?”.

Your recovery journey must have been tough. How was it, and how long did it take you to get back to your normal status?

I tried seeking refuge in church but I ended up being the center point of preaching. I remember the pastor preaching that some of us are poor because they went abroad but couldn’t send tithe. It really hurt me and that’s how I quit church and sunk into depression. I started drinking alcohol uncontrollably and become violent. It took me time before I recovered.

I’m a music publicist as well as a hotelier. I supply food around hotels and homes.