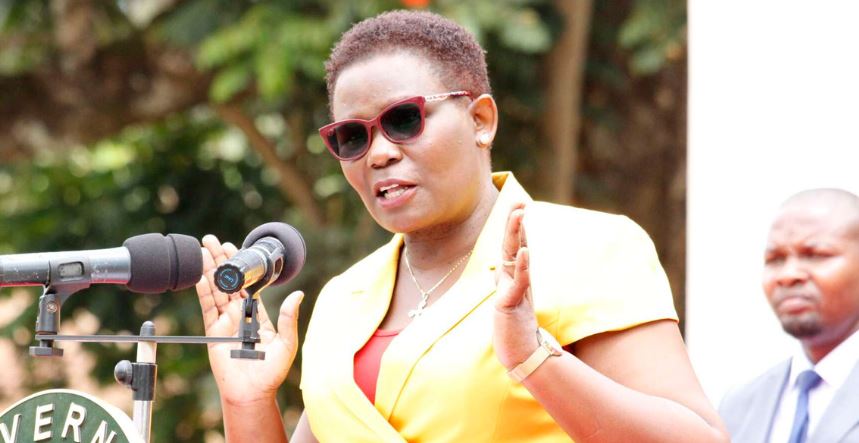 The Meru County Assembly has received a petition from a resident seeking to remove Kawira from office for alleged gross misconduct and abuse of office.

In his petition, Meru voter Thuranira Salesio Mutuma alleges Kawira contravened the Meru Revenue Board Act, 2014 by announcing the appointment of Francis Muigai as the new General Manager of the Meru County Revenue Board without due process and approval of the County Assembly.

Mutuma also faults Governor Kawira for violating the Constitution by sending her husband, Murega Baichu, to a USAID stakeholders’ function given that he is not a State officer and is not allowed to act on behalf of the Meru County government.

The petitioner has also taken issue with Kawira’s cabinet appointments.

“On 30th September 2022, Hon. Kawira Mwangaza unveiled her Cabinet Team that was in violation of Article 27 of the Constitution of Kenya, 2010 and Section 35 of the County Government Act No. 17 of 2012. Effect to this violation I wrote a memorandum and a sworn Affidavit to the County Assembly of Meru Appointment committee and I raised the said Red Flags,” the petition reads in part.

Mutuma is also accusing Govorner Kawira of nepotism for allegedly employing her family members to serve in various capacities under her official office.

The petition notes that two of Kawira’s sisters are her bodyguard and personal assistant, the latter’s husband is her official driver, and her cousin is the Meru County government spokesperson. He adds that her husband is the Meru Youth Service (MYS) patron.

“…it is uncontroverted that Meru Governor Kawira Mwangaza has violated, infringed and threatened the Constitution and all other relevant provisions of the law hence the grounds of gross misconduct and abuse of abuse are substantiated,” the petitioner adds.

Mutuma therefore wants the Meru County Assembly to launch investigations into the allegations, summon Kawira to answer them, and institute impeachment proceedings against the Meru county boss.

Silvanus Osoro Speaks After Monthly Period Comment About CS Malonza < Previous
The Trending Memes and Tweets This End Month Weekend Next >
Recommended stories you may like: