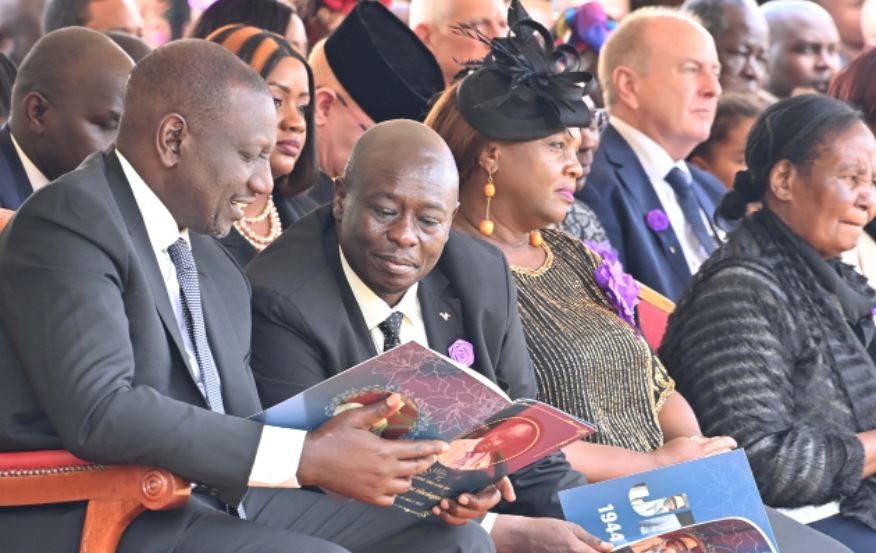 Deputy President Rigathi Gachagua has reiterated his loyalty to President William Ruto saying his family would never betray him.

Speaking during the funeral ceremony of his brother Jack Reriani in Nyeri, DP Gachagua told Ruto he will be subservient to him as a sign of gratitude for the support he has always shown to his family.

“I really want to thank you, you have been there for us. Anytime we have been in tears in this family you always turn up with a handkerchief to wipe our tears. We have no words to say thank you. From our relationship, you have become one of our family and we do not take that for granted,” the former Mathira MP said.

The DP insisted that the Gachagua family is honest and loyal to a fault.

“This family of Gachagua, we are honest people, we are people of integrity, and we value friendship. And I told you, if other Kenyans will betray you that betrayal will not come from this family we don’t know betrayal we are people who are true to friends.”

Gachagua also mentioned that he had held a meeting with his family the previous night, in which he was given clear directives.

“In a family meeting last night where we were discussing you and the role you have played in this family of holding us, I was given very clear instructions that I must serve you with loyalty and dedication,” said Gachagua.

“I was told by my family to give back to your support for this family, in the duties you have given me to assist you in the management of running the affairs of this nation, they told me to work very hard and assist you to succeed,” he added.

“Whatever duties you give me, I will implement them with military precision. I’ll be there and I’ll do whatever you tell me to do so that this country that is pregnant with expectations will be restored and the dignity of our people will be restored.”

Road Closure Alert: Section of Lang’ata Rd to be Closed This Weekend < Previous
What to Look For When Choosing a Perya Sites? Next >
Recommended stories you may like: