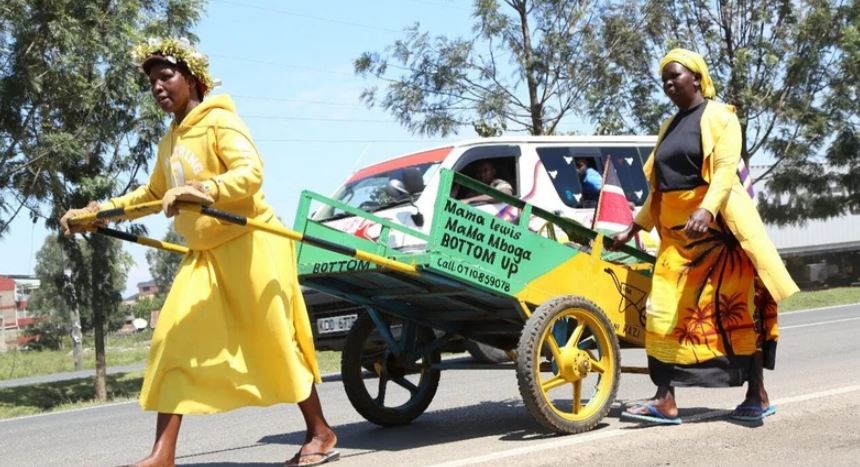 Two staunch supporters of President William Ruto are stranded in Nairobi after trekking from Sugoi in Uasin Gishu county to Nairobi for Ruto’s inauguration on September 13.

Evelyne Chepkemei, also known as Mama Lewis, and her close friend Eunice Tabut covered a distance of over 365 KMs while pulling a cart for five days.

Three weeks later, Chepkemei and Tabut have yet to meet President Ruto and give him the cart as a gift.

“We came from Sugoi to witness Ruto’s swearing-in. We arrived in Kasarani and witnessed them get sworn in. That was our first goal out of the love we had for them. We then embarked on seeking to meet Ruto. We went to State House with my mkokoteni(cart). Upon my arrival I was asked to produce my appointment then I said my appointment is the mkokoteni. I was then directed to go to Karen where I went and left my cart there hoping I would get my appointment,” Chepkemei said. 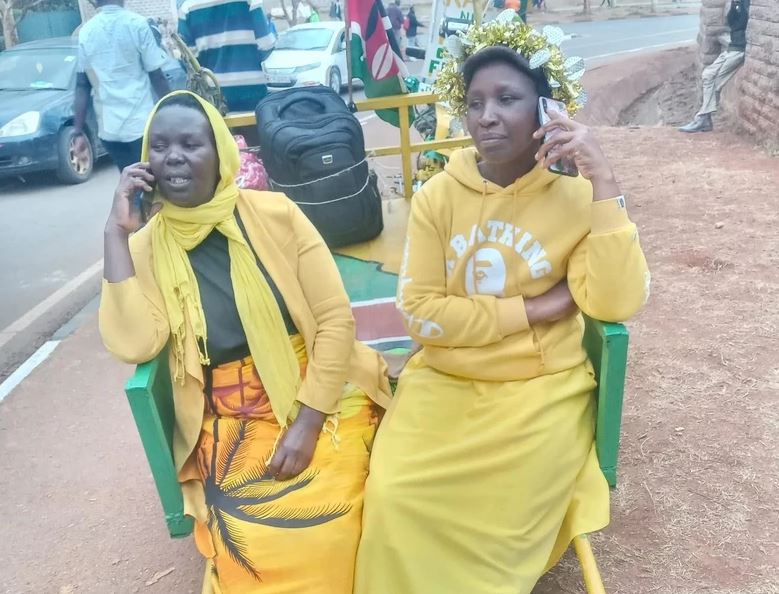 “Up to now I have not met Ruto and the main thing that brought me to Nairobi is to award him this cart as we talk and pray together for Kenya Kwanza’s victory,” she added as quoted by the Standard.

On the other hand, Tabut, who joined Chepkemei after she had already started the long journey, said a wellwisher is hosting them in Nairobi.

The women insist they won’t return home, which is Ruto’s hometown, until they meet the hustler from Sugoi.

“We travelled for a period of 5 days and when we left there we were tired. We met with a good Samaritan who has hosted us for the last three weeks and we have not been able to meet President Ruto,” said Ms Tabut.

“We were patient when he went to Queen Elizabeth’s burial and now that he is back we seek to see him so that we can head back home.”

DP Gachagua Warns: Underperforming Envoys Will Be Recalled Home to Start Faming < Previous
Everything Trending This End-month Weekend Next >
Recommended stories you may like: