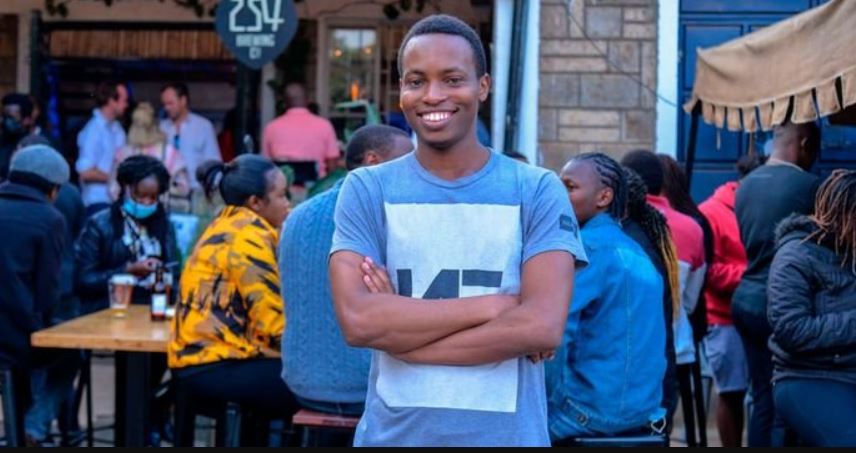 Kelvin Muigai, 27, is a brewmaster at 254 Brewery, known for Kenya’s first line of naturally clarified, small-batch craft beers of the Ale type such as IPAs, Stouts and Porters.

Muigai shares his career path and how a mistake led to the discovery of a new beer recipe.

“I’m the firstborn in a family of four. I have three brothers. Growing up, my parents were nomadic businesspeople who explored different towns in Kenya. This made me interact with people from different backgrounds. I sat my KCPE exam at Limuru Town Primary. Before that, I attended three different schools. I transitioned to Njiiri School for my KCSE certification and then joined the Dedan Kimathi University of Science and Technology in 2014 for my Bachelor of Science in Industrial Chemistry.

“My career journey began when I joined 254 Brewery as an intern. Then, the company had not gone commercial. Our main goal was to try out different recipes for beer-making while doing extensive market research. Later, I was absorbed as an assistant brewer. I improved my skills in the art of making beer while developing systems for the newly established factory in Kikuyu, Kiambu County. When we launched in February 2020, I was a complete brewer.

“As we absorbed new employees, I became the guidance/ leader as the company strived to make beer for adventure. My job description has changed over time as the firm is still evolving. Between 2019 and May 2020, we had a head brewer who did most of the brewing. I learnt a lot from him, and, thankfully, when he left, I took over, tasked with keeping the pipes flowing.

“One thing that has been quite memorable in my career thus far, there was this time I was making a double IPA. Fortunately, or unfortunately, I delayed closing the water pump at the calculated volume. I ended up with a lower ABV beer down to 6.5 per cent from eight per cent. At first, I was worried but later discovered I had made a very interesting beer. My bosses were sceptical at first, but, surprisingly, that batch sold out in two weeks. The batch was renamed (The Deputy!). It coincided with Kamala Harris’s inauguration as the first US female vice president.

“My key driver has always been striving for more; the thirst for knowledge and growth. There is always something to learn from people around you. Following up on the craft beer revolution in different countries such as South Africa gave me the zeal to be at the forefront of craft beer production in Kenya. After all, we are delegated to bring a change through innovative ideas and enlightening society.

“Currently, I am the lead brewer at 254. This role entails weekly brewing and packaging plan, new beer recipes, KPI analysis, raw material acquisition and talent mentorship. It also encompasses aligning brewing schedules with management needs and objectives. I am also charged with improving the system and making sure the taps never run dry.

“If there is something I would tell my younger self, it would be: take a chill pill, make the right choices, and, most importantly, let God guide your dreams. Also, explore while you can! My greatest takeaway from the Covid-19 crisis is that during hard times, great innovations come in handy. Adaptability is key to survival.

“To the youth, go out there, interact and network. I owe my job to this. After graduating from campus, I attended a salsa event around town. I interacted with a guy who happened to be the outgoing finance officer at 254. Luckily, he connected me with the team and the rest, as they say, is history. Interacting with people gives you the perfect connections. Interactive minds solve the rising modern problems.”