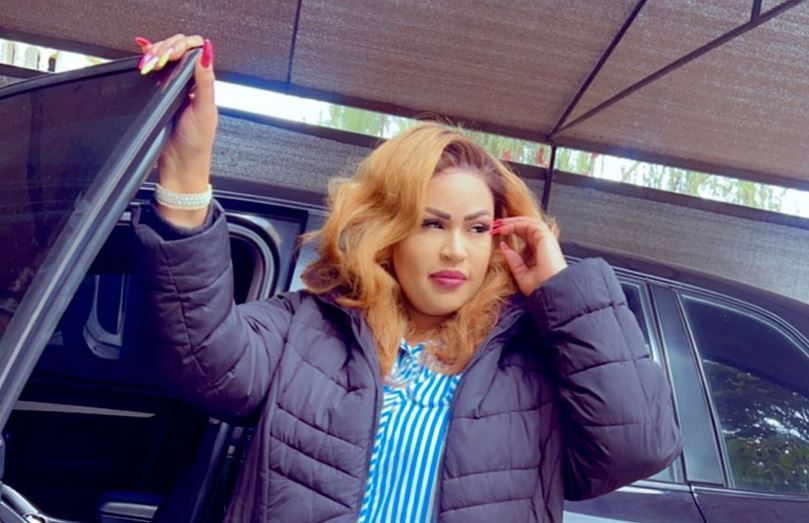 The popular social media personality Amira has demanded respect for her after a stranger invaded her space.

As the story goes, a young woman named Daisy asked for directions to her house at the gate and then lied to Amira’s housekeeper that they knew each other.

When told that Amira was not home, the stranger insisted on staying and waiting for the mother of two.

“Just because you have an idea of where I live doesn’t give you the right to invade my space. Today morning I had an incident where a lady came to my house. My domestic manager calls me asking me what she should prepare because there is a visitor in the house. I’m like I wasn’t expecting anyone…” Amira ranted on socialmedia.

She continued: “Long story short she came to the gate and asked for my house and said she is my friend, even after my domestic manager told her I’m not home. She went ahead and sat on my couch and said she will wait for me until I’m home. The audacity!! What kind of entitlement is this? Some of you should learn to respect people’s houses.”

Amira then called her housekeeper and confronted the woman, who then asked for Amira’s personal contacts to apologize. 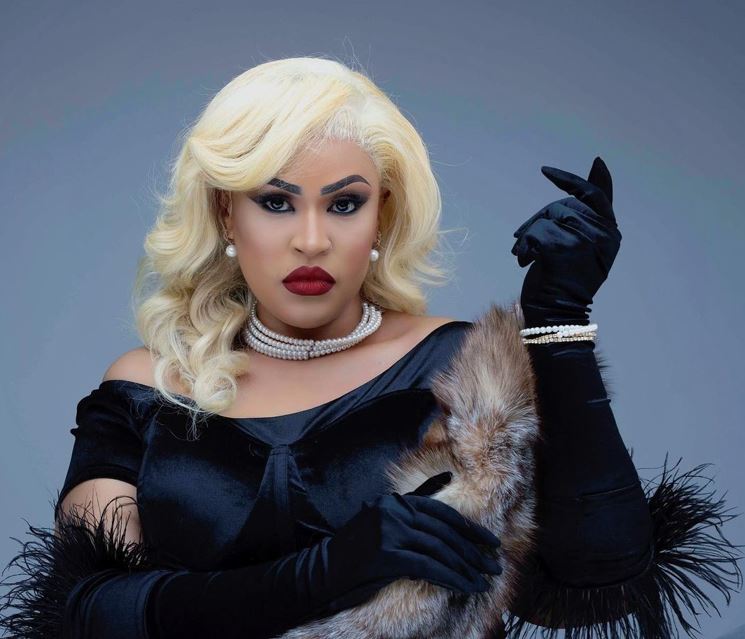 A screenshot shared by Amira shows Daisy apologizing and vowing to never repeat the mistake again.

“Hey Amira, First of all, I want to express my sincere apologies for invading your privacy. It was never my intention to. I completely understand why you are angry at me. My promise to you is that I will respect your privacy in the future.

“I hope you will find a way to forgive me as I can only imagine how vulnerable and exposed you must feel. Please let me know if there is anything I can do to make it right. Again, I am truly sorry for the inconvenience caused,” she wrote.

Daisy also left an envelope whose contents Amira was yet to reveal.

“In addition to that, I have left my details at the office and an envelope at your house. Looking forward to hearing from you. Kind regards, Daisy,” added Daisy.

To this, Amira exclaimed: “And then she goes ahead to get my number to apologize, the audacity!!!!”

The businesswoman also shared CCTV footage to prove that her claims were not ‘Story za Jaba’.

Below are some screengrabs of little Miss Daisy. 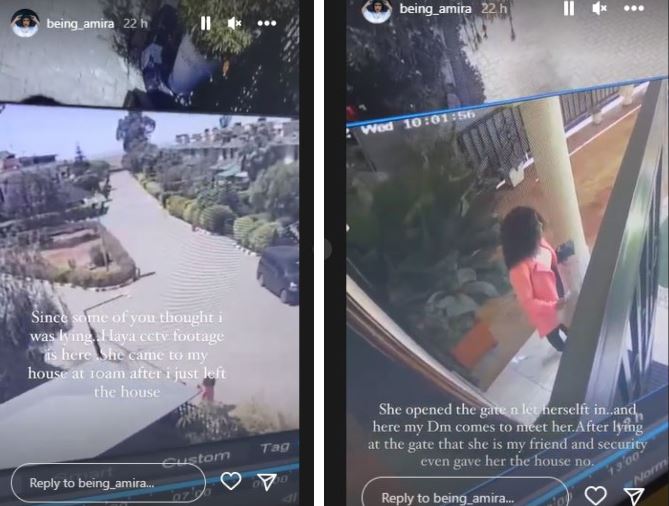 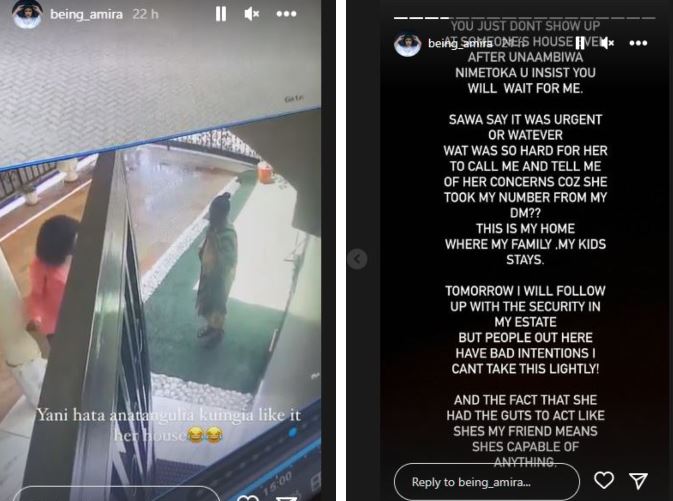 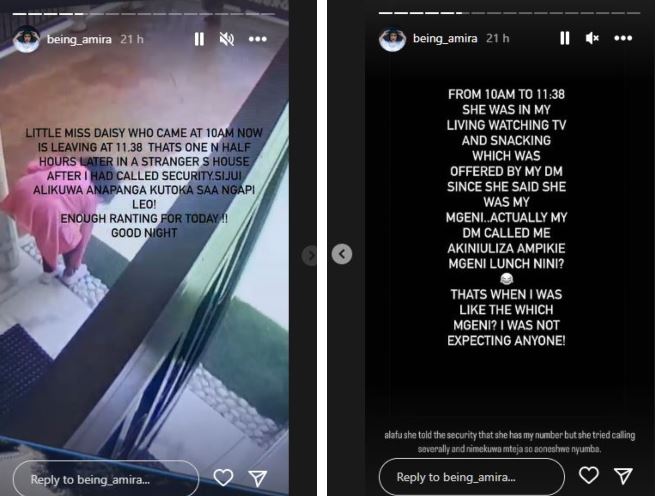 Eric Omondi Thanks President Ruto For Moses Kuria Cabinet Appointment < Previous
Why Njugush Is Not Afraid Of New Crop Of Content Creators Next >
Recommended stories you may like: