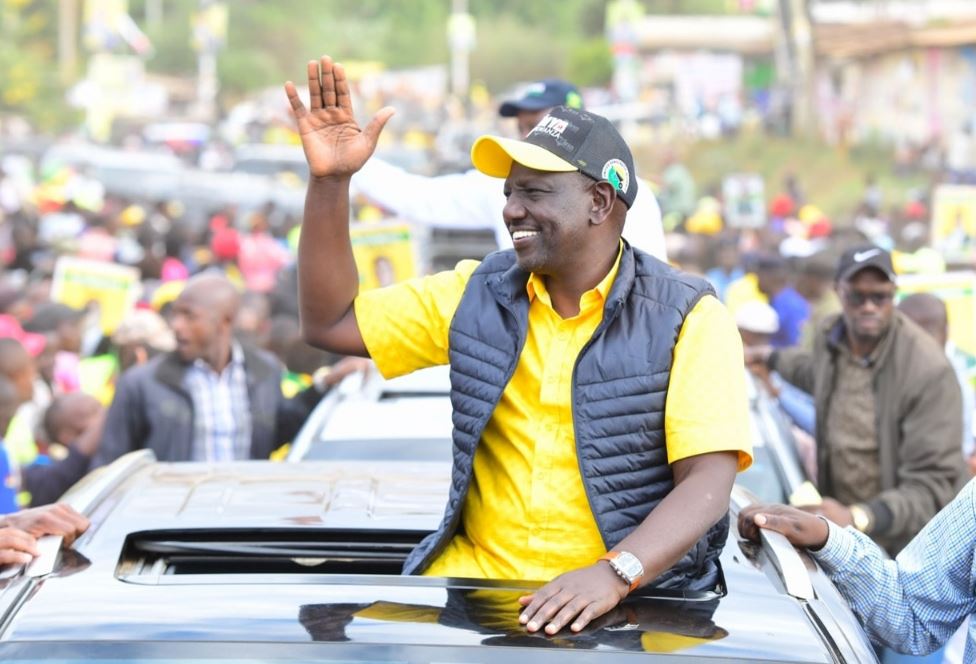 The man who the current president called a ‘thief’ and swore he would never hand over the instruments of power to, will in fact be receiving those instruments.

Having come from nothing, William Ruto campaigned against the so called ‘system’, ‘deep state’, and ‘dynasty’, to defeat a man widely favored by opinion polls.

Ruto’s campaign started on the day they were elected in 2017, and has been dubbed the longest campaign in the history of Kenya.

Without Uhuru’s blessing, Ruto raided his ‘bedroom’ of Mt. Kenya, and accomplished what has never been accomplished before… beating a tribal Kingpin in his own backyard.

It was no small fete campaigning against a group of very powerful individuals who swore that he would never step foot in State House as president, but he did it.

Not only did Ruto consolidate the votes in his home region of Rift Valley, and Mt. Kenya where the power brokers sought to keep him out, but he also made inroads in regions he was otherwise not expected to.

Born on December 21, 1966 to a commoner, William Ruto has fought his way to the top. He was a good student of the late president Moi. His political ascension however gained pace the moment Raila Odinga picked him as a ‘Pentagon’ member in 2007.

They would soon fall out, and Ruto joined hands with Uhuru Kenyatta in 2013, proceeding to win the election that year, and then repeat the same in 2017.

The man from Sugoi however fell out with his boss, the president, after the handshake and the subsequent endorsement of Raila Odinga.

That however did not deter him from taking his ‘hustler’ message to the masses. To say that this message resonated with Kenyans would be an understatement.

Many Kenyans thought that this would finally be the election where neither a Kikuyu or Kalenjin won, but once again, the golden sword is going to one of the two.

With his election, Rigathi Gachagua becomes Kenya’s second Deputy President. Once again, Mt. Kenya’s kingpin position goes back to Nyeri, and it will indeed be interesting to watch how the unlikely Gachagua grows into this role.

Raila Odinga, the single man who has come closest to the presidency the most times, will again settle for second. This perhaps ends, once and for all, his quest to be president of this country.

Despite the long wait time and anxiety, the election was peaceful, and much of that can be attributed to the transparency of the whole counting exercise.

It’s now over and the swearing in is the next step, after which the new president will have a hard task ahead of him.

CRAZY – The Funny Memes Going Viral on Social Media < Previous
Everything Trending in Nairobi This Tuesday Next >
Recommended stories you may like: