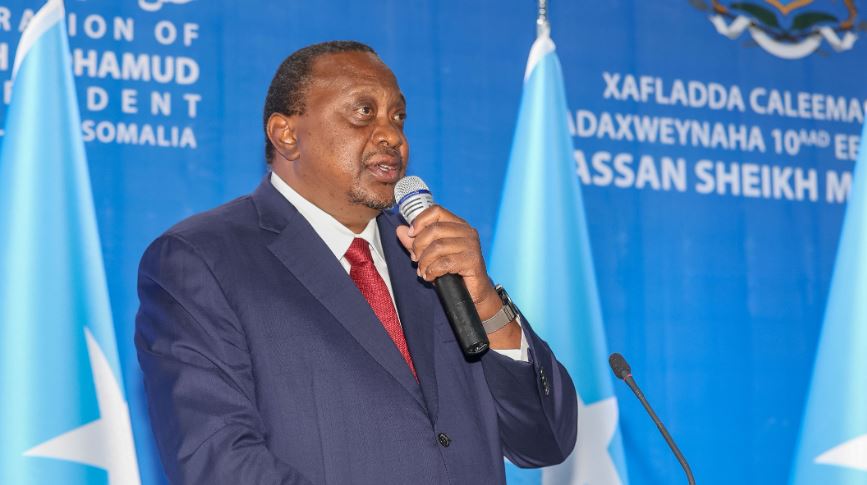 President Uhuru Kenyatta on Thursday attended the inauguration of Somali President Hassan Sheikh Mohamud, exuding confidence that Kenya and Somalia will work together in promoting regional peace and stability.

Speaking during the inauguration ceremony held in Mogadishu, President Kenyatta said Kenya’s desire is to consolidate and forge closer relations for the good neighbourliness, socio-economic cooperation and regional stability which is in the best interest of the people of the two countries.

“…A peaceful and prosperous Federal Republic of Somalia is the dream of every Kenyan. Your brothers and sisters in Kenya look forward to working with you so that we can all benefit economically and prosper together,” President Kenyatta said as he congratulated President Mohamud. 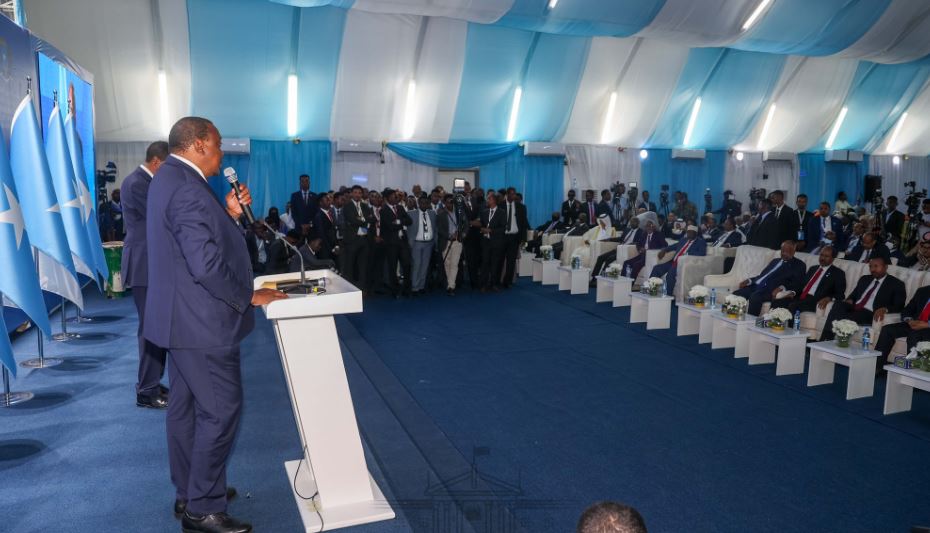 President Kenyatta commended President Mohamud, who he said has worked with before, for his dedication and commitment to peace and stability.

The Head of State welcomed the peaceful transition of power, affirming Kenya’s commitment to collaborating and supporting the newly inaugurated Somali President as he champions the development agenda of the Federal Republic of Somalia. 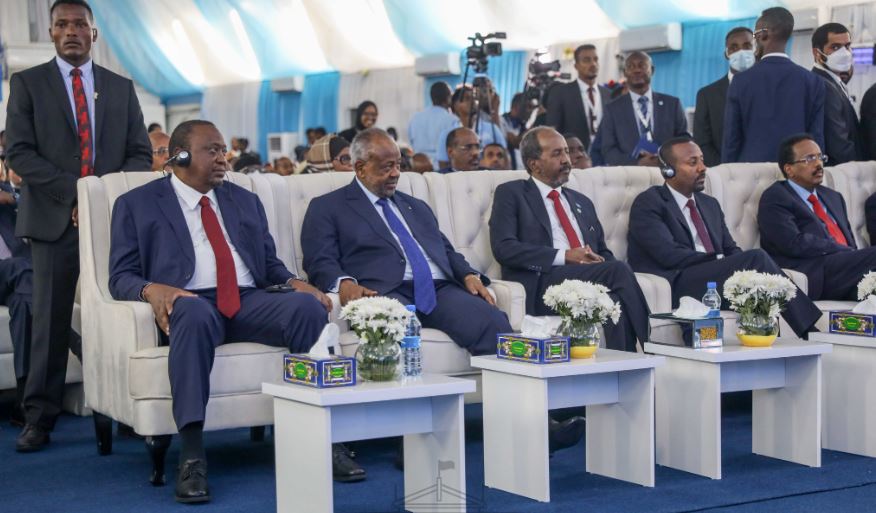 President Kenyatta Holds Talks With Barbados’ First President Sandra Mason < Previous
Over 1 Million Voters To Be Removed From IEBC Register Next >
Recommended stories you may like: