Sonko Sues Chebukati For Barring Him From Mombasa Governor’s Race 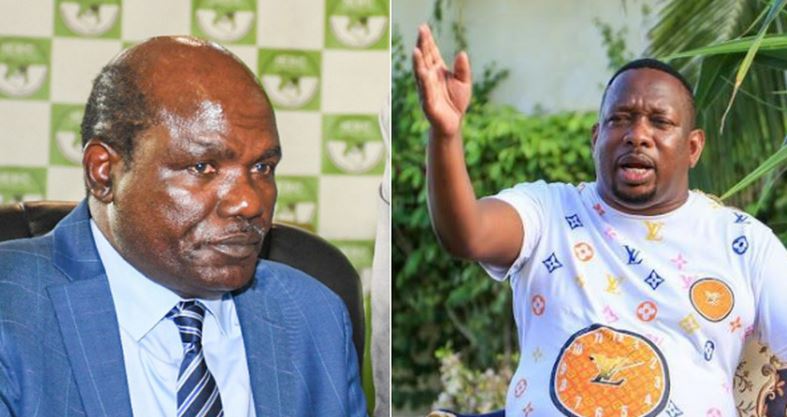 Mike Sonko has sued the Independent Electoral and Boundaries Commission (IEBC) for barring him from vying for the Mombasa governor seat.

Through lawyer John Khaminwa, the former Nairobi governor argues that the move by IEBC Chair Wafula Chubakati to block him was improper, unprocedural and unlawful.

Sonko further argues that it is prejudicial to exclude him from vying due to his ouster as the impeachment proceedings have not been concluded.

“The applicants’ impeachment proceedings have not been concluded and are currently pending before the Supreme Court.

“The respondents’ decisions to exclude the applicant from vying for a gubernatorial seat in the 2022 elections are premature and prejudicial and they individually and collectively are oppressive and have already caused irredeemable damage to the applicant,” the suit reads in part.

Sonko also notes that Chebukati’s decision to bar him from contesting in the General Election was actuated by bias, ill motive, malice and bad faith.

The businessman also complained that he has spent a lot of money on political campaigns and barring him from contesting is against his fundamental rights.

Sonko also claims that his supporters stand to be affected.

Justice Ngaah Jairus who presided over the matter ordered that the matter be heard at a High Court sitting in Mombasa which is of similar jurisdiction.

I Will Be on The Ballot: Wanjigi Declares After IEBC Rejects His Nomination < Previous
Does Equity Bank Kenya Give Car Loans? Next >
Recommended stories you may like: