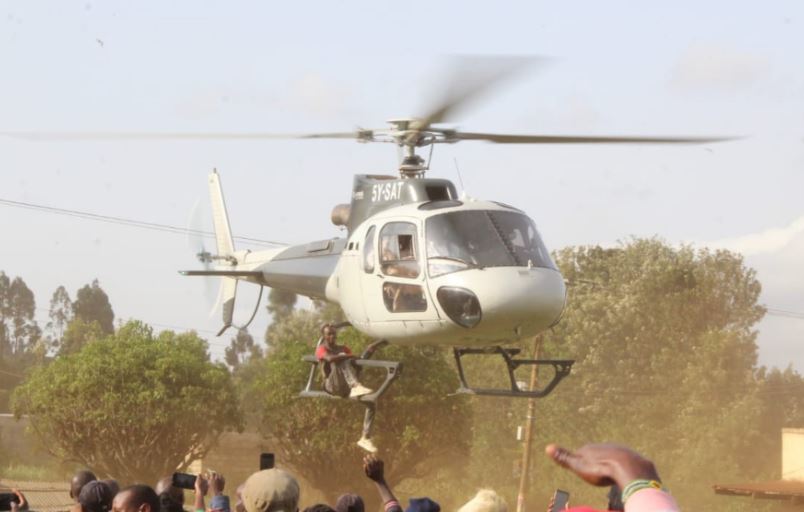 A man who hitched a ride on a helicopter carrying Agriculture Cabinet Secretary (CS) Peter Munya last week will be charged with attempted suicide today(Monday, June 26).

Johakim Mutwiri,  41, was arraigned before a Maua court on Thursday but was not charged after his mother informed the court that he was mentally unstable.

The court also heard that the accused, while in Nairobi some years back, jumped from the first floor of a building and suffered minor injuries.

“We demanded to know why he had dangerously clung on the chopper and he said his intention was to hike a lift to Nairobi to look for a job,” Ali said.

CRAZY – The Funny Memes Going Viral on Social Media < Previous
President Uhuru In Portugal To Chair United Nations Ocean Conference Next >
Recommended stories you may like: